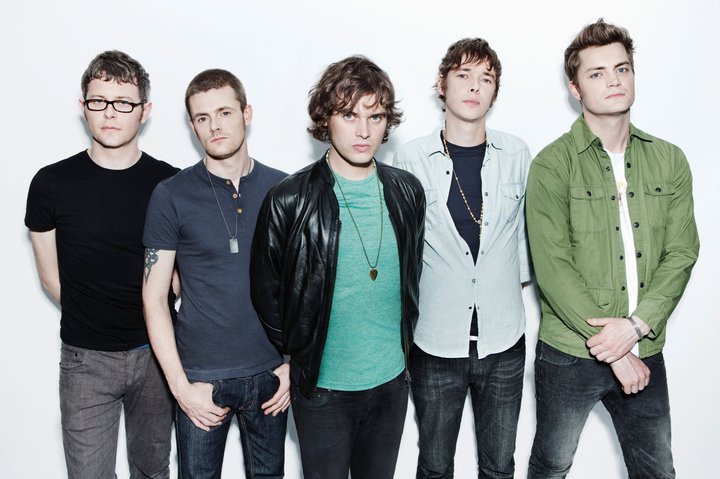 The Chakras on Tour

The Chakras release their debut album, ‘Build Me A Swan’ through Planet Function Records on the 26th September 2011.

Led by brothers Rocky and Gordo Whittaker, but soul mates since their days at school, The Chakras were hell bent on writing music that evoked some sort of reaction. Raised on a diet of Soul In Heaven era Verve self-belief, and Jesus and Mary Chain’s wanton fuzz, the band took an early hazy blueprint of how they wanted to sound and immediately removed anything that might interfere with their creating of it. They killed off long-standing relationships, resigned from the day-jobs and cut local ties, moved to London and have here made a record that took those noisy, hissing 8-track bedroom demos and transformed the very same songs into swirling, guitar-heavy anthems.

Introduced in late 2010 with the skyscraping ‘Build Me A Swan’ single on limited 7”, The Chakras’ work with mixer Chris Potter (Urban Hymns) has given the band a freedom and license to reference those immediate shoegaze influences, but not mask the melodies with too much unnecessary noise. As friends who intrinsically trust each other’s judgment, The Chakras lent their trust in Potter’s experience (and producer Jaz Rogers’ ear for hooks and melody), and ‘Build Me A Swan’ is a telling first band statement.

So where ‘Beautiful Sorrow’ weaves incessantly with a mesmerizing, bass-heavy groove, ‘Slowdive’ is a Creation Records friendly long lost fuzzy ballad, in stark comparison to ‘We The People’ and it’s call to arms, psychedelic guitar licks, bobbing and weaving with a power and intent.

It’s 11 tracks that give further credence to a big return for the guitar band in 2011, but crucially, ‘Build Me A Swan’ is a record that stands up without any false sideshow competing for the limelight off stage.