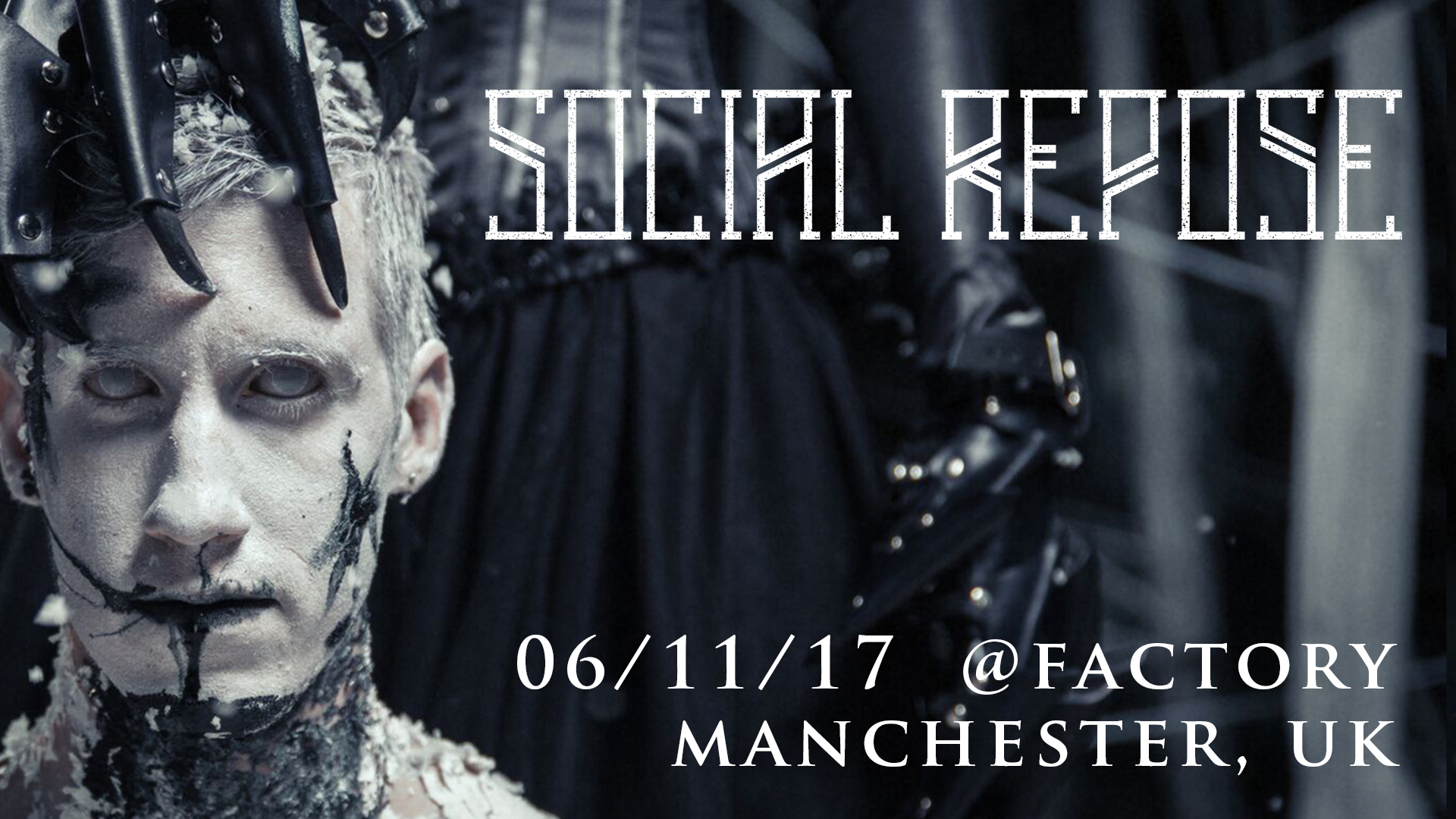 Youtuber Social Repose comes to the U.K. for the first time, he plays at Factory Manchester on the 6th of November.

Hailing from Washington, D.C., Social Repose found it’s modest beginnings in the bedroom of singer, songwriter, producer and personality Richie Giese in late 2011. Social Repose, stylistically dubbed S/R, began as a synth-pop act used as a creative outlet that blended experiences, personal struggles, and fictional character storylines into one creative unique experience that fans nation-wide have come to embrace and receive. For most, Social Repose is more than just another creative display of well thought-out lyrics strung together by catchy melodies. More than anything it’s become a life style, a personal expression, and a reality.

Richie’s career over the past year has seen an explosion of fandom as hundreds of thousands have become apart of the S/R experience. Richie himself is known for his unique, yet tasteful appearance that fans have come to embrace. With his trademark purple-feathered headdress and war paint, fans everywhere have shown their support by mirroring his imagery at shows across the country on various tours and solo dates.
Since S/R’s inception, Richie has played numerous shows in support of national/ International touring acts such as The Millionaires, Our Last Night, SayWeCanFly, Blood On The Dance Floor, Trace Cyrus of Metro Station and more. In addition, S/R was voted best up and coming artist (twice) in D.C’s Deli Magazine, while holding the #1 spot in electronic genre charts (D.C.) of reverbnation for the entirety of 2014 while embarking on his very first nation-wide tour later that year.

Much of Richie’s success could be attributed to his strong commitment to music and social media, but also the personality attached to the character. Outside S/R’s rapidly growing Facebook popularity, Richie’s YouTube career has also seen a significant influx as fan support over the past months has boomed. His personal YouTube channel now hosts nearly one million subscribers who flock to watch his content on a daily basis. His YouTube channel has generated over 140 million views and as seen music sales and streaming increase in nearly every month since his debut EP, ‘Yalta,’ was released in late 2015, generating multiple million stream singles and tens of thousands of units being sold.

Social Repose will be looking to continue building on his success as he continues to be a model for musicians everywhere, showing that hard work, a strong will to succeed, and dedication to your craft can make a global impression.