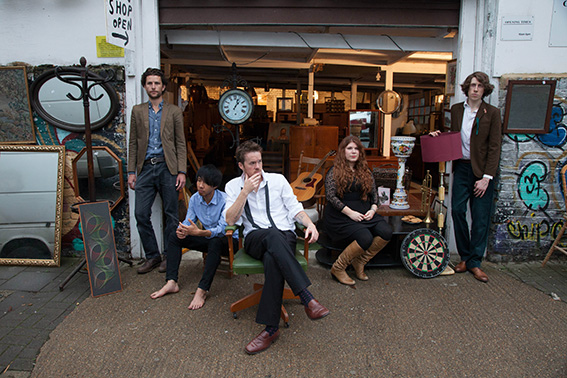 Glasswerk is proud to present the multi-instrumental madness of Patch And The Giant who will be touring the UK in February, click on the dates below for more information and tickets

Patch & The Giant have a rare degree of maturity in their work. Fresh-sounding folk songwriting, the band’s sound – patchwork yet refined – has gradually evolved to occupy its own universe.(Clash Magazine). PATG are a dynamic troupe of musicians and an ever-growing force under the alt-folk umbrella, with a sound build on a rich and unusual union of instruments including cello, flugelhorn, violin, accordion and more. Over recent years, they have made their name on the UK festival circuit including Wilderness Festival, Boomtown Fair, Green Man Festival, Hop Farm Festival, Larmer Tree Festival, Secret Garden Party and at Cambridge Folk Festival as one of the festival’s featured showcase artists. In February 2017 they tour in support of their debut album release: ‘All That We Had, We Stole.’