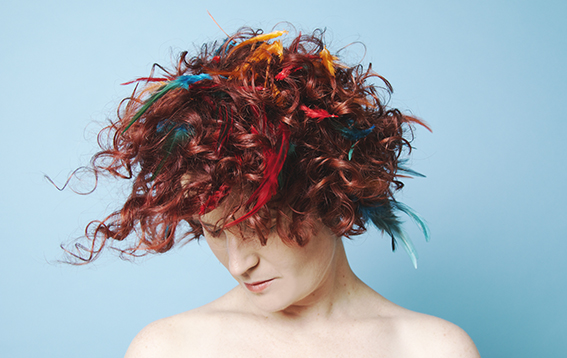 Following the release of her new album ‘Then Up’ earlier this week, acoustic folk sensation Lisbee Stainton will soon be embarking on her Uk Tour. The female singer songwriter known for her use of a distinctive eight-string guitar will be heading to Manchester and London, be sure to get your tickets.

Lisbee Stainton is a 28 year-old singer-songwriter who has
been writing music for 20 years. She recorded her first album, Firefly, in 2006 before going on to study Popular Music at Goldsmiths College.

Since graduating, she has recorded a further 3 critically acclaimed albums Girl on an Unmade Bed , Go and Word Games. Lisbee was the first unsigned artist to play London’s O2 Arena. Soon after, 6Music’s Tom Robinson discovered Lisbee’s song ‘Red’, and his support subsequently led to her music being play listed by BBC Radio 2. Since then she has toured with such notable artists as Joan Armatrading, Paul Brady, Gretchen Peters, Paul Carrack and Seth Lakeman, who was so impressed that he invited her to join his band in 2012.

In April 2017, Lisbee released her fifth studio album ‘Then Up’; the first album of hers to be entirely self-produced and created over a two year period at Monnow Valley Studios in Rockfield. The album includes co-writes with Eleanor McEvoy and Charlie Dore, and musicians Cormac Byrne (percussionist) and Jack Rutter (guitarist), who both played in Seth Lakeman’s band with Lisbee, as well as Lisbee’s long-time bassist Pete Randall, who took time-out in between touring with Adele to contribute to the album’s recording sessions.

Lisbee is proud to be an Artist Ambassador for Schertler, who specialise in acoustic stringed amplification. If you see her play live you might notice ‘David’ – Lisbee’s little Schertler amp – sitting on a chair behind her on stage. Schertler make some fantastic (and very aesthetically pleasing) bits of equipment.