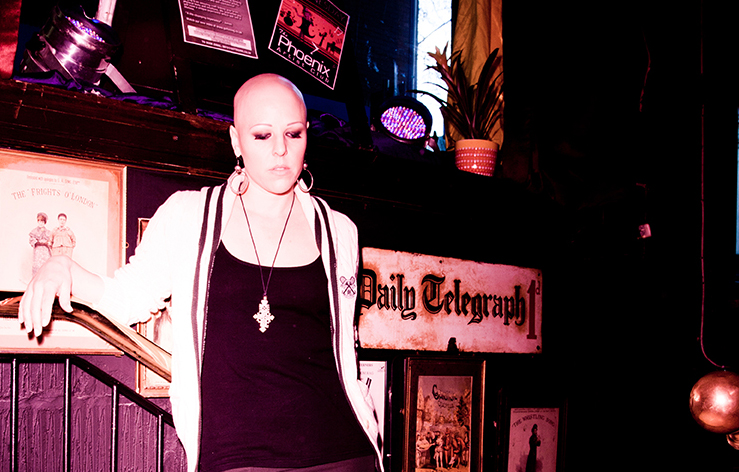 Glasswerk is proud to present singer songwriter Nell bryden live in Manchester, you can catch her live on the 17th May in Gorilla.

Following the enormous success of her last single “All You Had”, (her most successful single ever at radio) Nell’s third album “Wayfarer” released on 7th July 2014, accompanied by the radio single of the same name, “Wayfarer”.

Like its predecessor, “Wayfarer” finds Nell continuing her creative journey further into the world of rhythmic and electronic pop. Stylistically, “Wayfarer” is inspired by Fleetwood Mac, but with Nell’s soaring vocals reminiscent of classic Annie Lennox in her “Diva” heyday. The new single “Wayfarer” was written with “All You Had” co-writer Dario Darnell and new and hotly tipped songwriter Dave Gibson, and produced by Dario Darnell and Lorne Ashley Brigham Bowes (AKA Bicker Bros).

After 18 months promoting and touring her second album “Shake The Tree”, Nell has spent the last year writing and experimenting with her songwriting and music, and finally settled on a stylistic direction for her next album in autumn 2013. Whittling down 25 demos to a dozen songs, and encouraged by the reception of “All You Had” at radio, Nell worked largely with Bicker Bros to craft a new sound for the album, combining electronic beats with live instruments and her trademark Gibson guitar.

In between album writing and production duties, Nell has kept doing what she does best, playing live. In the last two years she’s performed 110 shows in UK, Europe and USA, most recently supporting Gipsy Kings on their Europe and UK tour, including her fourth performance at Royal Albert Hall, London, in a little over a year.

Nell also supported Gary Barlow on his first major solo UK tour for over a decade in 2012/13, and has been the support artist on major tours with Jools Holland, Chris Rea and Duane Eddy, alongside high profile Festival performances such as V Festival, Cornbury, Hyde Park, Guilfest and Bluesfest.

Alongside her album release in July, Nell will be performing at festivals over the summer, ahead of a UK headline tour in October. Nell is confirmed to perform at Chris Evan’s Carfest in August, the Milton Keynes International Festival in July, has been invited back to perform at Bluesfest in London in October and will be performing at Kew Gardens with Jools Holland in July. Her October tour will be her most extensive UK tour to date, with more than 20 venues.

Nell is also getting recognition for her talents as a songwriter, with her song “Sirens” being picked up by Cher for her latest album, “Closer to the Truth”, with Cher stating on many occasions that it was her favourite song on the album and one of her best ever vocal performances.

And if all that wasn’t enough, in January Nell announced her marriage to her British boyfriend. Expect Downton Abbey inspired wedding photos in the summer!