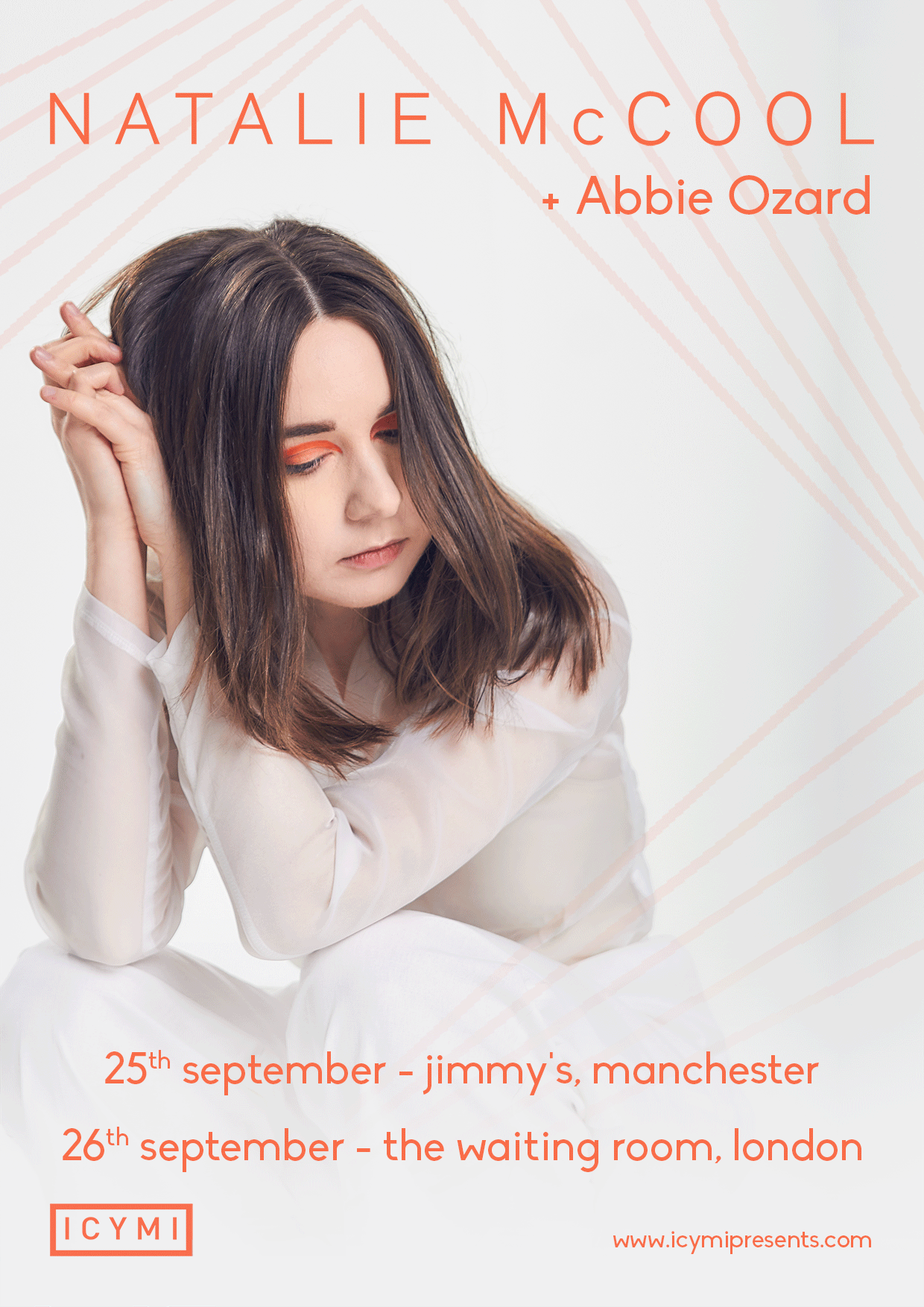 ABOUT
Natalie McCool is a singer, songwriter, multi-instrumentalist and a formidable front woman. She has amassed an army of fans and plenty of critical acclaim with her truly innovative and beautiful take on pop music. Her debut album ‘The Great Unknown’ was supported by BBC Radio 1 amongst a swell of UK press and was accompanied by two headline UK tours, a number of festival appearances (UK and Europe) and shows in South Korea, Japan, Russia and Australia.

Natalie recently completed work on her follow up. A collection of songs that capture and crystallise her memories from both childhood and adulthood, weaving deeply intimate stories that channel life’s most vital thoughts and feelings like love, jealousy and loss into a skewed mixture of lilting yet gloriously catchy pop songs. Her new album is a new beginning, having brought on board a label (Modern Sky UK) for the first time in her career, it sets an ambitious tone for this exciting artist.

Catch her on one of these dates:
25th Sept – Jimmy’s, Manchester
26th Sept – The Waiting Room, London

Alphabeat
6th May
The Garage, Glasgow