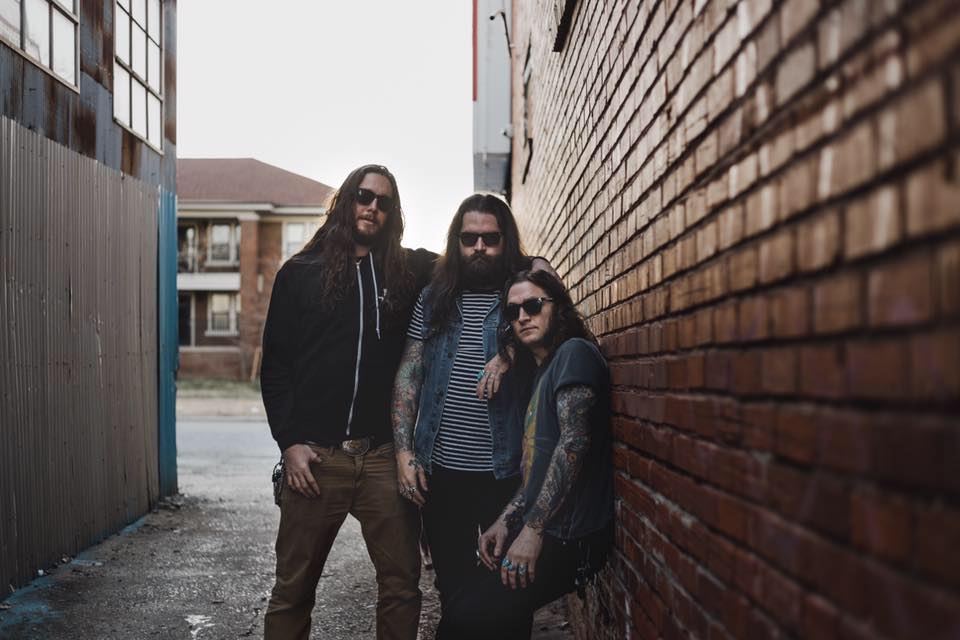 As part of their epic European Tour to celebrate the release of their brand new album ‘High Strangeness’ in March, Texan heavy rock trio are heading to Manchester. ‘Do not miss your chance to hop on board and TRIP ON THE SHIP’

“Propelled by a mixture of progressive, experimental rock which seamlessly merges stunning guitar work with that 70s carefree rock attitude, the album manages to produce stunning songs which scream of the classic greats such as Thin Lizzy or Led Zeppelin….the album unveils track upon track of brilliance on the unsuspecting listener leaving you feeling like you were whisked back in time to experience that golden era of rock all over again. Going from this album I will be very surprised if these guys do not become huge.”
– Lee Walker (Firebrand Magazine)

“Been listening to Mothership all day now and if feels like UFO and Orange Goblin got drunk with St. Vitus, smoked some weed with Blue Cheer and spewed out the tuffest blues-drenched, no frills love child I’ve heard all month. Some ridiculously badass guitars. And heavy above all else!”
– Sword of Doom

“Try to resist a band that plays blues-laden metal with heavy guitar riffs that is also hoping for intergalactic travel. Mothership is a three piece from Dallas that alternates between an almost AC/DC-like sound on a track like “City Nights” and a broader, heavier and more epic sound on tracks like “Cosmic Rain,” “Angel of Death” and the opener, “Hallucination.”
– Samantha Power (Vue Weekly.com)

“Texas is well known for three things: the annual ‘Houston Livestock’ rodeo, BBQ ribs and ZZ TOP. Now it’s time for a fourth thing to be added to the Texan list: Dallas’ 70s style heavy fuzz rockers MOTHERSHIP……Spinning this one once more I can almost smell the Orange amps, the unrefined booze and the sweat dripping from their faces while performing in small bar stages. But you guys, you are made for B-I-G. Well done, sirs and Ripple Music!”
-Maria Voutiriadou (Metal Kaoz)