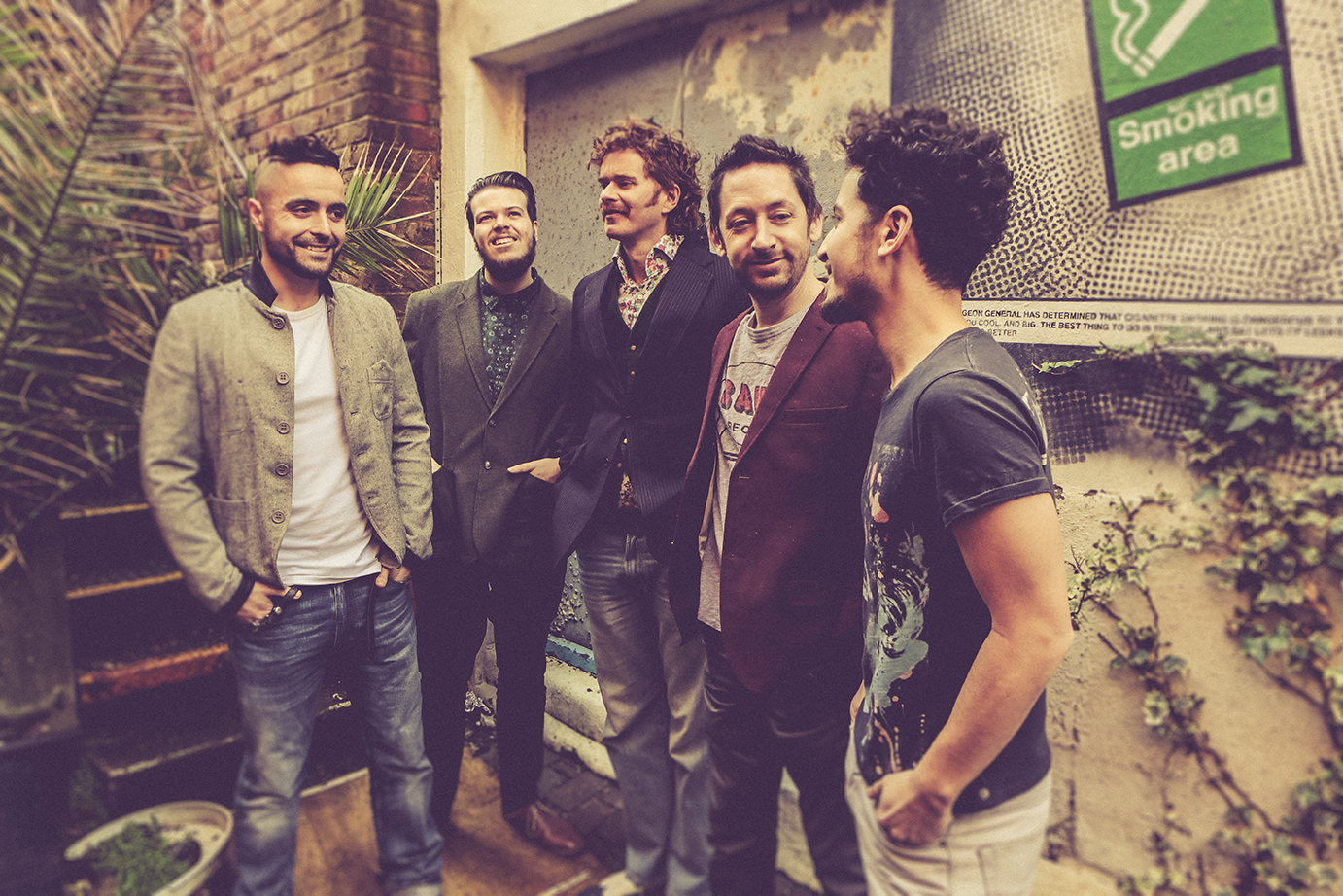 Mamas Gun are back again and in London in January. The funky 5 piece have an impressive resume of performances and accolades, even beating Madonna to a no.1 spot in Japan. Click on the date below for tickets!

“You must buy the Mamas Gun Album” (Peter Gabriel)
“No doubt – they’re amazing!” (Brian May of Queen)

Mamas Gun are a musically diverse, feisty and fabulous five-piece band fronted by singer/composer/producer ANDY PLATTS. Andy is joined by keyboard player DAVE “EIGHTIES” OLIVER who’s musical education has embraced everything from barbershop singing to French horn and now includes jazz, soul and Cuban playing. Alongside stand out guitarist TERRY “SPILLER” LEWIS who studied music in London and now resides on UK’s south coast and who’s musical journey has seen him work with legendary Marvin Gaye/Minnie Ripperton/Michael Jackson producer Leon Ware, Lewis Taylor, The Impressions (the late Curtis Mayfield’s former group), Jamie Woon, The Valentine Brothers, Jean Carne to name a few. CHRIS “NEW BOY” BOOT took over the band’s drum stool in 2016, bringing with him a career everywhere from Abby Road to Glastonbury and all over the world and with the likes of Florrie, Moya, Lone and Bacchus. Finally CAMERON ‘the Mounty’ DAWSON is the youngest – barely able to drink in America, but already an old soul in his musical capability and contributions to the energetic and memorable stage shows that Mamas Gun never fail to deliver.

HISTORY –
In October 2009 Mamas Gun released their debut album Routes To Riches. Co-produced by Julian Simmons (Ed Sheeran/Guillemots), mixed by Grammy Award-winning producer/engineer Jack Joseph Puig (Black Eyed Peas, U2, the Rolling Stones) and mastered by the equally notable Bob Ludwig, Routes To Riches manages to combine the euphoria of soul and Motown music with the spirit of Stevie Wonder, Marvin Gaye, Lewis Taylor and the Average White Band at their blue-eyed-soul best. The record is also all about musical enjoyment and nothing to do with the fleets of fashion and this “philosophy” has obviously already hit a nerve as the band have achieved play-list status for their first two singles on the BBC Radio 2 & enjoyed an Album Of The Week feature on the Smooth radio network. More interestingly perhaps, Mamas Gun are currently having a huge impact in Japan where they were heralded as the most played international act in the country, beating Madonna to No. 1 in the airplay charts whilst doing so. The band also managed to achieve the No.3 sales slot on the Japanese Billboard charts.

Second album THE LIFE AND SOUL continued to receive support with further nationally playlist singles in the UK and overseas. This time produced by another Grammy Award winning producer Martin Terefe & Andreas Olsson, the new release propelled the band into the live scene of even more countries and saw them headlining nationwide tours in Germany, Holland, Korea, Japan and the UK. And with word of their talent and music spreading, recording collaborations between top selling artists (notably Beverley Knight, UK & Ben L’oncle Soul, France) came about, propelling the band into new areas of recognition and establishing them further into the market place.