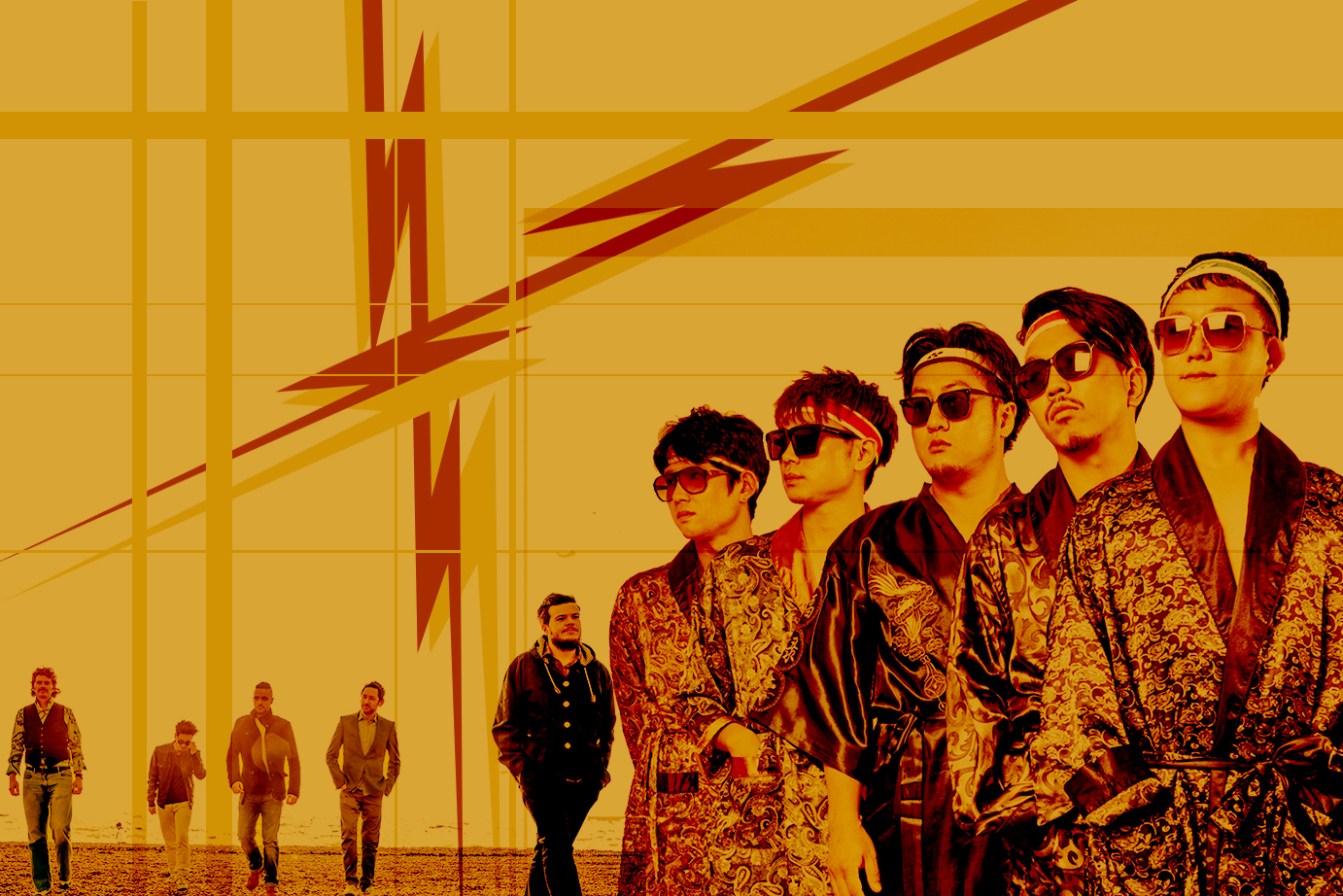 Mamas Gun Co-headline with Sultan Of The Disco

Glasswerk is proud to present two electrifying funk bands coming to the Borderline on the 1st July as part of a co-headline tour; Mamas Gun & Sultan Of The Disco

“You must buy the Mamas Gun Album” (Peter Gabriel) “

“No doubt – they’re amazing!” (Brian May of Queen)

Mamas Gun are a musically diverse, feisty and fabulous five-piece band fronted by singer/composer/producer ANDY PLATTS. Andy is joined by keyboard player DAVE “EIGHTIES” OLIVER who’s musical education has embraced everything from barbershop singing to French horn and now includes jazz, soul and Cuban playing. Alongside stand out guitarist TERRY “SPILLER” LEWIS who studied music in London and now resides on UK’s south coast and who’s musical journey has seen him work with legendary Marvin Gaye/Minnie Ripperton/Michael Jackson producer Leon Ware, Lewis Taylor, The Impressions (the late Curtis Mayfield’s former group), Jamie Woon, The Valentine Brothers, Jean Carne to name a few. “UNION” JACK POLLITT on drums is a highly in demand musician who notably played drums on ‘Green Light’ for Beyoncé’s ‘B-Day’ album with producer Pharrell Williams. And newest addition to the MG unit CAMERON ‘the Mounty’ DAWSON is the youngest at only 21 years old but already an old soul in his musical capability and contributions to the energetic and memorable stage shows that Mamas Gun never fail to deliver.

In October 2009 Mamas Gun released their debut album Routes To Riches. Co-produced by Julian Simmons (Ed Sheeran/Guillemots), mixed by Grammy Award-winning producer/engineer Jack Joseph Puig (Black Eyed Peas, U2, the Rolling Stones) and mastered by the equally notable Bob Ludwig, Routes To Riches manages to combine the euphoria of soul and Motown music with the spirit of Stevie Wonder, Marvin Gaye, Lewis Taylor and the Average White Band at their blue-eyed-soul best. The record is also all about musical enjoyment and nothing to do with the fleets of fashion and this “philosophy” has obviously already hit a nerve as the band have achieved play-list status for their first two singles on the BBC Radio 2 & enjoyed an Album Of The Week feature on the Smooth radio network. More interestingly perhaps, Mamas Gun are currently having a huge impact in Japan where they were heralded as the most played international act in the country, beating Madonna to No. 1 in the airplay charts whilst doing so. The band also managed to achieve the No.3 sales slot on the Japanese Billboard charts.

Sultan Of The Disco

Inspired by Soul/ Funk music from the golden age of disco represented as Chic, Kool and the Gang and Jackson 5, Korean indie band ‘Sultan of the Disco’ plays to deliver vintage sound to modern listeners. The band was named after the song of Dire Straits “Sultan of Swing’. Members include Nahzam Sue(lead vocals), J.J Hassan(dance, performance), Ganji Kim(drums), G(bass), and Hong-gi(guitar).

It’s Nahzam’s priority to inherit the vintage disco sound directly from the 60s~70s soul and funk masters, while sexy, unique group dancing is purely on J.J. Hassan, who spent more than enough years on the dance floor. Through cool, yet fun costume that befits the visual, the band combines musical seriousness and entertainment altogether. The band released its first full album ‘The Golden Age (2013)’. With the title clearly revealing ambition to inherit soul/funk masters, the album was an exceptional hit. It got nominated as Korea Music Award’s the best dance/electronic album and recorded highest sales abroad in Summer Sonic Festival in Japan, among 40 or more artists who played at the same zone.
Yet, Sultan of the Disco’s popularity most owed it to the band’s flaming performance. Whoever watches their show can’t help dancing with them. In Glastonbury festival, people in their zone danced along and repeated lyrics in unknown language. That resulted in very rare and enthusiastic calls of “One-more-song!”. For Grammy winning producer, Tony Maserati, he saw Sultan of the Disco playing at music market showcase and decided to work with them, right away.

Now, Sultan of the Disco is ready for next step with upcoming single ‘SQ (We Don’t Need No EQ IQ)’ produced by Grammy-winning producer Tony Maserati. And they’ve proved their music appealed to global audience at Canadian Music Week and CMJ Music Marathon in 2015.