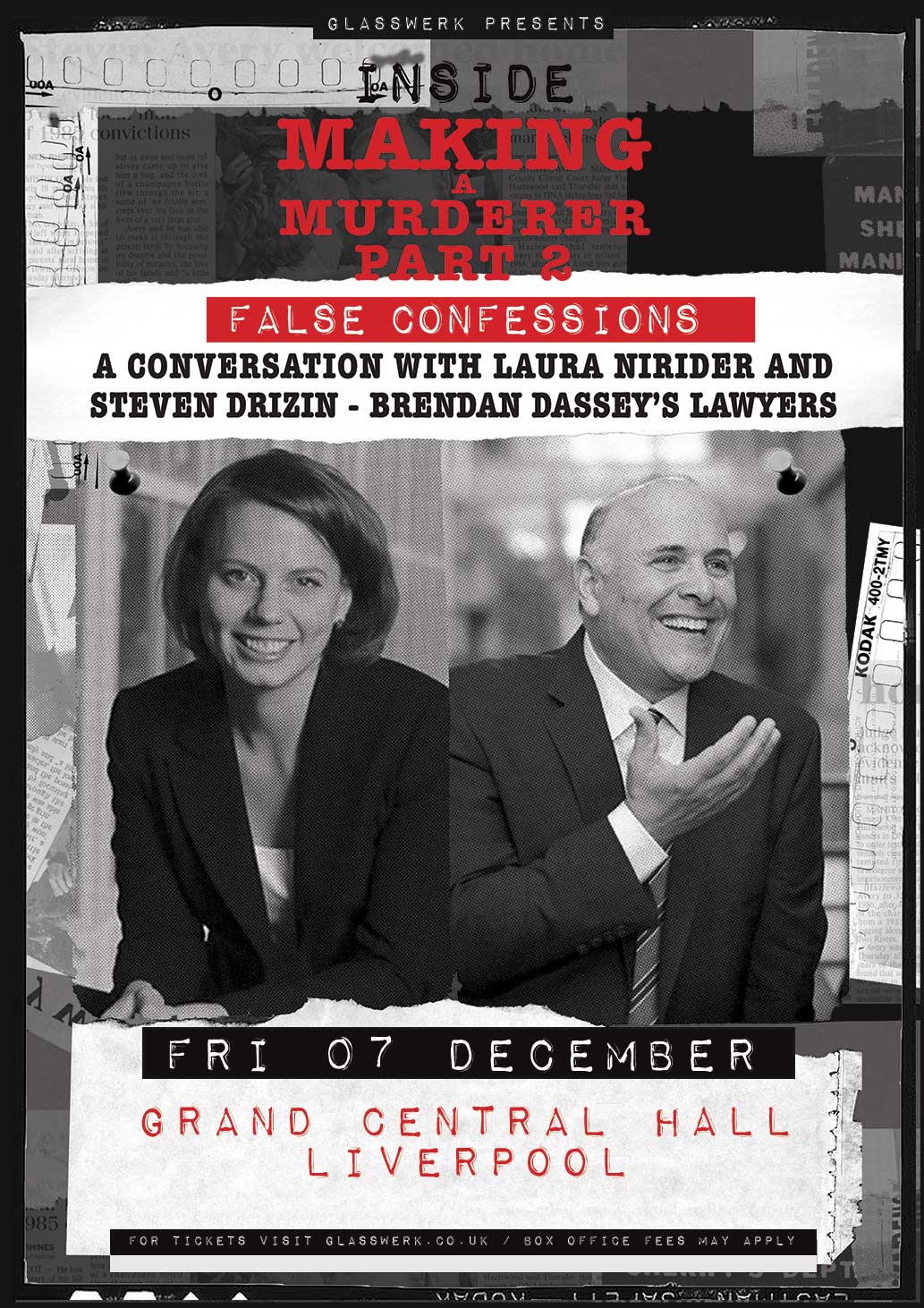 Following the jaw dropping second series of the hit Netflix show Making a Murderer we welcome to the stage Laura Nirider and Steven Drizin, Brendan Dassey’s Layers as they discuss coerced and false confessions, interrogation tactics, and the wrongful conviction of Brendan Dassey, whose case and post-conviction process has captivated the world.

Laura Nirider is a Clinical Assistant Professor of Law and Co-Director of the Center on Wrongful Convictions of Youth (CWCY) at Northwestern Pritzker School of Law in Chicago. Nirider represents individuals who were wrongfully convicted of crimes when they were children or teenagers. Her clients have included Brendan Dassey, whose case was profiled in the Netflix Global series Making a Murderer, and Damien Echols of the West Memphis Three, whose case was profiled in the documentary West of Memphis.  In addition to her courtroom work, Nirider regularly publishes scholarly and practitioner-focused articles on interrogations and post-conviction relief. In partnership with the International Association of Chiefs of Police, she has co-authored one of the only existing juvenile interrogation protocols. She is also a frequent presenter on interrogations at defender and law enforcement training conferences around the country and has been featured in film and television programs on interrogations. Recently, she co-authored an amicus curiae brief that was cited by the U.S. Supreme Court in J.D.B. v. North Carolina for the proposition that the risk of false confession is “all the more troubling…and all the more acute…when the subject of custodial interrogation is a juvenile.”

Steven Drizin is a Clinical Professor of Law at Northwestern Pritzker School of Law where he has been on the faculty since 1991. He served as the Legal Director of the Clinic’s renowned Center on Wrongful Convictions from March 2005 to September 2013. At the Center, Professor Drizin’s research interests involve the study of false confessions and his policy work focuses on supporting efforts around the country to require law enforcement agencies to electronically record custodial interrogations. Drizin co-founded the Center on Wrongful Convictions of Youth (CWCY) in 2008, the first innocence organization to focus on representing defendants who were only teenagers when they were wrongfully convicted. Drizin and former student Laura Nirider, who directs the CWCY, represent Brendan Dassey, a central figure in Netflix’s smash docuseries Making a Murderer.