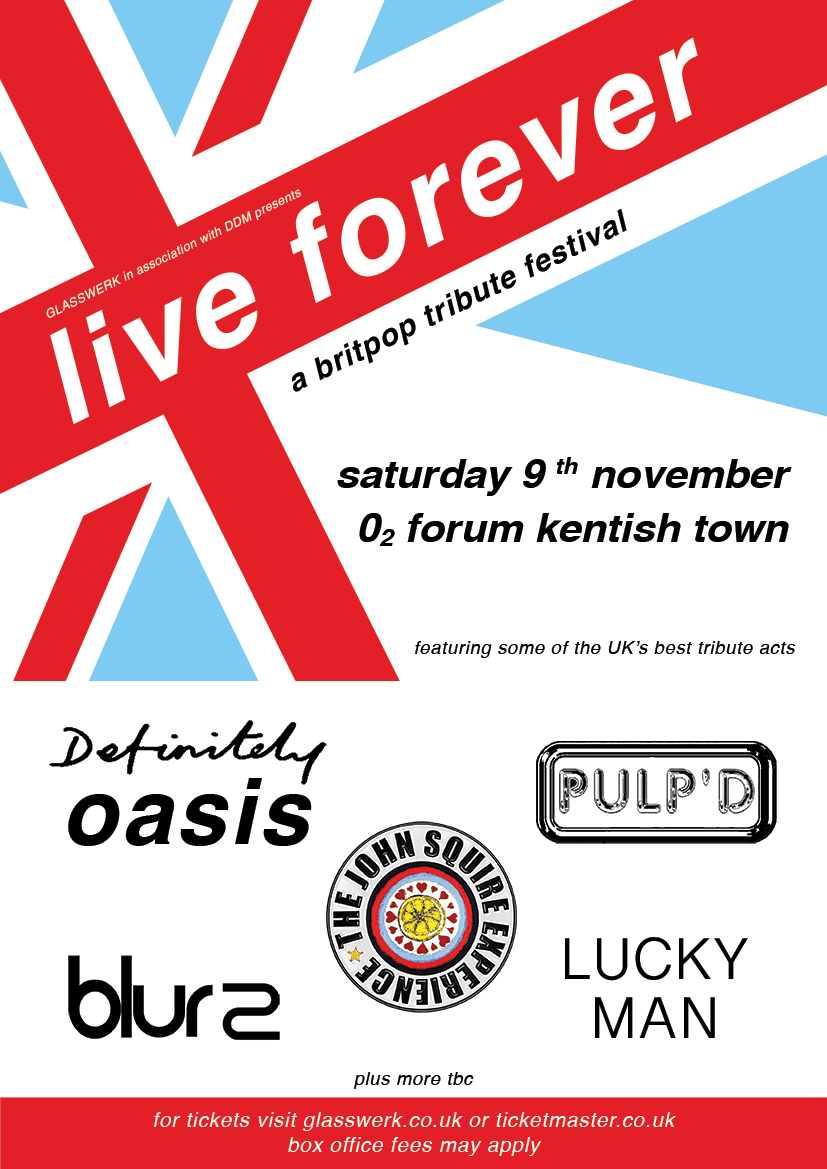 There will be Sets from some of the best tribute acts in the country including Definitely Oasis, Blur2, Pulp’d & Lucky Man with more acts to be announced over the coming months.

Definitely Oasis need no introduction and?are now, without doubt,?the best Oasis tribute act there is,?The band regularly?sell out top-class venues up and down the country and have a 5-star review rating from many Oasis fans & promoters alike?it is very clear to see why they are so highly regarded and will put on a show next November you won’t want to miss!

Expect to hear all the Oasis classics like Don’t?Look Back In Anger, Wonderwall, Rock N Roll Star, Supersonic and many more hits & b Sides.

Blur2 are the definitive tribute to Blur. Bringing you all the classic Britpop anthems you know and love like Parklife, Girls & Boys, Country house, Tender and many many many more!

This band will have you thinking its 90s all over again for more info visit:?

Pulp’d?are the Worlds number 1 tribute to Pulp! An authentic and explosive tribute to one of the biggest acts of the Britpop era!?

Featuring all the hits such?as Can You Remember The First Time, Common People, Disco 2000 and Babies with all the legendary attitude of Jarvis Cocker