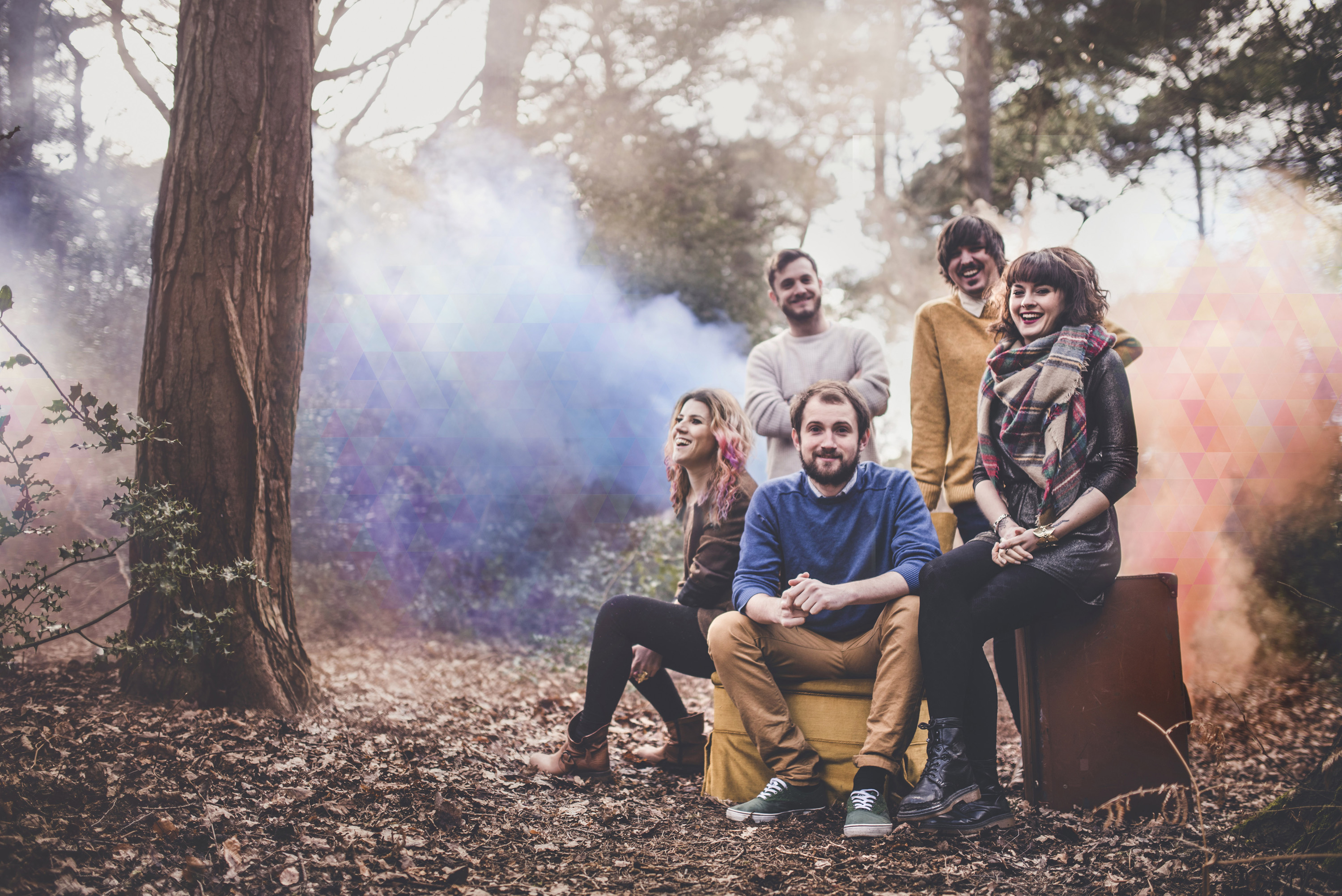 On June 15th one of the UK’s best kept secrets, the brilliant pop-folk 5-piece Keston Cobblers Club release their anticipated new album – ‘Wildfire’, out on Tricolour Records /Absolute via Universal and they’ll be hitting the road shortly after with a date in Liverpool at Leaf on Bold Street.

Triggered by teenage obsessions with British power pop and Glaswegian indie dreamers, the stunning 12-track collection is a sonic journey of sounds, building on the band’s bedrock of urgent anthems, thumped drums, sweet strums and tuba, as seen on 2012’s debut album ‘One, For Words.’ Developing their sound, the band have fused their folk based roots with 90s synth hooks, huge orchestral waves and choral arrangements which they describe as “a blanket of voices.”

“We wouldn’t call it a huge change in direction,” says lead female Julia. “More an evolution. There’s a signature Cobbler’s recipe that we’ll always follow. That’s strong vocal harmonies, powerful drums, and hooky melodies and these are all still here. But the instrumentation has grown, that’s the biggest difference. Anyone that already knows our music will still be able to hear that Cobblers sound.”

Over the last few years, Keston Cobblers Club have been steadily building a name for themselves and winning over an army of loyal fans. Since forming in 2009, they’ve played some of the UK’s biggest festivals, sold out their own headline tours, and been invited to perform live on BBC Radio by the likes of Dermot O’Leary, Steve Lamacq and Bob Harris. They’ve provided the music for advertising campaigns for Burberry and Mornflake, created all the music for stand-up Ross Noble’s ‘Sit Down Tour’ film, and can often be heard on TV shows from ‘Hairy Bikers’ to ‘Countryfile’. Comedian and Radio 4 presenter Arthur Smith even incorporated a Cobblers’ song into his Edinburgh Fringe show.

Beyond this they’re already booked to play numerous major summer festivals, there’s two more singles already chosen, and then they’re off on their full UK headline tour for the Autumn.

So make you you catch them!