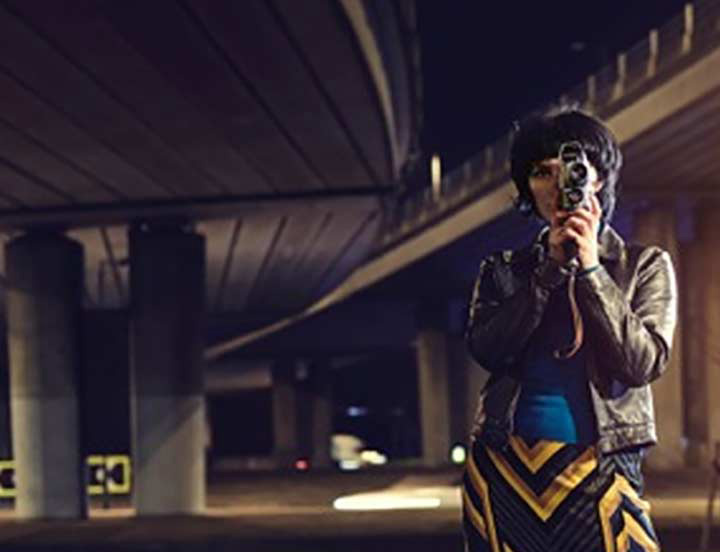 Glasswerk is proud to present Kate Jackson with her band The Wrong Moves.

You can catch them live on

Kate Jackson, former lead singer with much missed Sheffield greats The Long Blondes, is back with a new album ‘British Road Movies’ and new band The Wrong Moves. ‘British Road Movies’ will be released on May 20th 2016 via Hoo Ha Records with first track ‘Metropolis’ streaming now on The Quietus and on Spotify.

Each new song was conceived as a movie title. “The road, much written about in American popular song, and an American cinematic staple, is often ignored in British culture,” Jackson explains. “As an island our roads lead somewhere far too quickly to hold adventure. We are not the land of Jack Kerouac but of Antiques Road Trip. But who is to say our roads can’t be cinematic?” She cites filmmaker Chris Petit’s ‘Radio On’ film from 1979, Patrick Keiller’s Robinson trilogy and the writing of Will Self and Iain Sinclair as touch points.

The Wrong Moves were formed in 2014 after Jackson’s return from a four year hiatus in Rome where she lived and worked as a painter. Consisting of drummer Shannon Hope, guitarist Seymour Quigley, bassist Reuben Kemp and keyboard/synth player Jasper Kemp, the band bring a heavier take on the studio album, with dynamic interplay between a driving rhythm section and melodic guitar lines, synth sounds and vocal harmonics.

Jackson is also a visual artist. Since studying fine art in Sheffield, Jackson has focussed her attention on painting, developing a style which mimics that of screen printing by building up colour layers with the use of acrylic paint and taped stencils to produce bright, graphic images. Her work is primarily concerned with urban landscapes and architectural forms, a recent series of paintings, ‘Abstract Brutalism’, being inspired by post-war Brutalist architecture. Removed of context, a backdrop or people, a single building often becomes the subject of a painted portrait. Structures and shapes in the landscape made by the concrete forms and shadows of these buildings inspire paintings which seem at first glance to be patterns rather than representations.