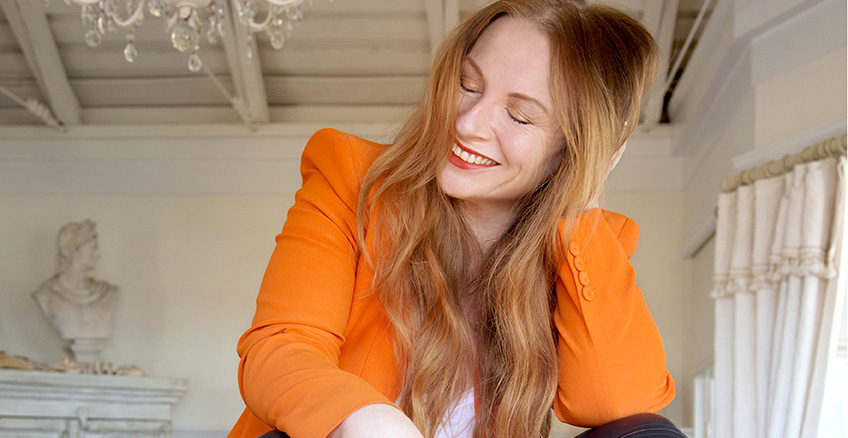 Glasswerk is proud to present singer songwriter Judith Owen, Owen, famed for writing songs unflinchingly reflecting and recollecting events in her life will be touring the UK in March! Be sure to catch her on these dates:

That Judith Owen’s new album Ebb & Flow evokes the spirit of the halcyon days of the great 1970s troubadours is neither surprising nor is it accidental.

In a set of potent songs about love and loss, pain and joy, dreams and despair, the Welsh singer-songwriter fearlessly explores the duality of the human condition – and to do justice to the songs she turned to the legendary musicians who created the seventies troubadour sound.

Between them her core band of drummer Russ Kunkel, bassist Lee Sklar and guitarist Waddy Wachtel played on many of the landmark albums from the era, including Carole King’s Tapestry, James Taylor’s Sweet Baby James, Joni Mitchell’s Blue, Jackson Browne’s Running On Empty and countless others, and were recently featured in an article in Rolling Stone magazine celebrating their unsung contribution to musical history.

“The kind of music I write is so influenced by that sound and period that I wanted to go direct to the source,” Owen explains. “When I plucked up the courage to ask them to play on the record, I was amazed they said ‘yes’. But working with them was hand in glove because when I write songs, I’m hearing a sound in my head – and they knew the sound because they originated and defined it. In some ways, the record is almost a love letter to those guys and the classic sound they invented.“

The songs on Ebb & Flow touch on the deepest emotions of Owen’s own storied life with an unswerving honesty. But although her songs are highly personal, the emotions are universal. They can be dark; and yet they are also full of wonder, a celebration of the resourcefulness of the human spirit in the face of adversity.

“Singing about the human condition, living under the shadow of loss and frustration and sadness and loneliness and not being gratuitously sentimental about it, instead making something beautiful out of it – that’s the songwriter’s job,” Owen says.” People say I write sad songs and they’re definitely emotional revealing. But they’re also uplifting songs because out of human struggle comes catharsis. Sad music can be elevating, because it’s a direct route into your heart.“

What she describes as the “bookends” of the album are two particularly heart-rending songs, “You’re Not Here Any More“, about her mother (whose suicide when she was 15, was the catalyst for her foray into serious song-writing and “I Would Give Anything“, about the recent loss of the greatest musical influence, her Opera singer father. Both songs are poignant expressions of the bittersweet duality that is perhaps the album’s strongest theme and which is reflected in the title Ebb & Flow. “Yes, they’re incredibly sad,” admits Owen. “But they’re also cathartic because they’re the most loving songs I could write and are totally honest about the reality of loss.”

The theme of how to make it through the darkest night inform several other compositions on the album, including “Under Your Door“, “You Are Not My Friend” and “Train Out Of Hollywood“, intimate songs inspired by a compassionate recognition of other lost souls struggling with emotional insecurities and vulnerabilities, but always shot through with glimpses of hope and salvation.

There is a seductive wit and playfulness alongside the introspection, too. A trademark of Owen’s career has been her irreverent ability to subvert well-known songs with unexpected and improbable covers. Over the years she has turned-inside-out songs by the likes of Deep Purple and The Police to render them almost unrecognisable from the originals. Here it’s Mungo Jerry’s 1970 smash hit “In The Summertime” that gets the unique Owen makeover treatment, rendered as it might have sounded if the song had appeared on Joni Mitchell’s Ladies of The Canyon. “Great songs are like great bones. You can hang whatever you want on them,” she says. ” “In The Summertime” is a ridiculously silly song, and so I asked ‘What Would Joni Do?’ It’s warm, with a glint in the eye and a sense of fun.“

Given the history of the musicians who play on the album backing Carole King and James Taylor, it would have been remiss not to acknowledge the roots of Ebb & Flow. A lovely cover of King’s “It Might As Well Rain Until September” is complemented by a stunning version of Taylor’s “Hey Mister, That’s Me Up On The Jukebox“. The suggestion that Owen should record the latter came from Russ Kunkel, who played on the original on Taylor’s Mud Slide Slim and The Blue Horizon album more than 40 years ago.

“It’s a song that showed James’s inner darkness at the time and how lonely he was,” says Owen. “I changed the lyrics slightly to suit a female voice and made it a lonely piano player rather than a guitar picker. But I recognised the feeling of being isolated within yourself which he’s singing about and I love the emotional juxtaposition of an easy listening sound with a deeper and darker emotional truth behind it.“

But although Ebb & Flow is a highly personal, solo singer-songwriter album, in a real sense it’s a ‘band’ record, too. “One of the great things is that Judith makes space for what we add,” Kunkel notes. “She turned it into a real ensemble thing,” Wachtel adds.

The combination of intimate songs and intuitive ensemble playing has resulted felicitously in the most self-assured and confident album of Owen’s career to date. After emigrating to America in 1993, Ebb & Flow is Judith Owen’s eighth album since her 1996 debut Emotions On A Postcard. Married to the American actor and humorist Harry Shearer, in addition to her acclaimed solo work she has for many years been Richard Thompson’s female foil of choice. Both have appeared on each other’s albums and Owen played a leading collaborative part in Thompson’s projects 1000 Years Of Popular Music and Cabaret of Souls. She also co-created “Losing It” with Ruby Wax, a funny yet devastatingly honest two-woman show chronicling descent into mental illness that was a box-office hit in the West End in 2011.

But it is her role as an unflinching singer-songwriter baring her soul that remains at the core of Owen’s creativity and Ebb & Flow, she says, feels like a homecoming. “It’s the sound I heard as a kid and which made me light up. I’ve been on a journey to getting well with music as my best friend. There will still be struggles because that never stops. But I’ve ended up with the sound that first inspired me. I’ve brought it home and it feels nice to be here.“