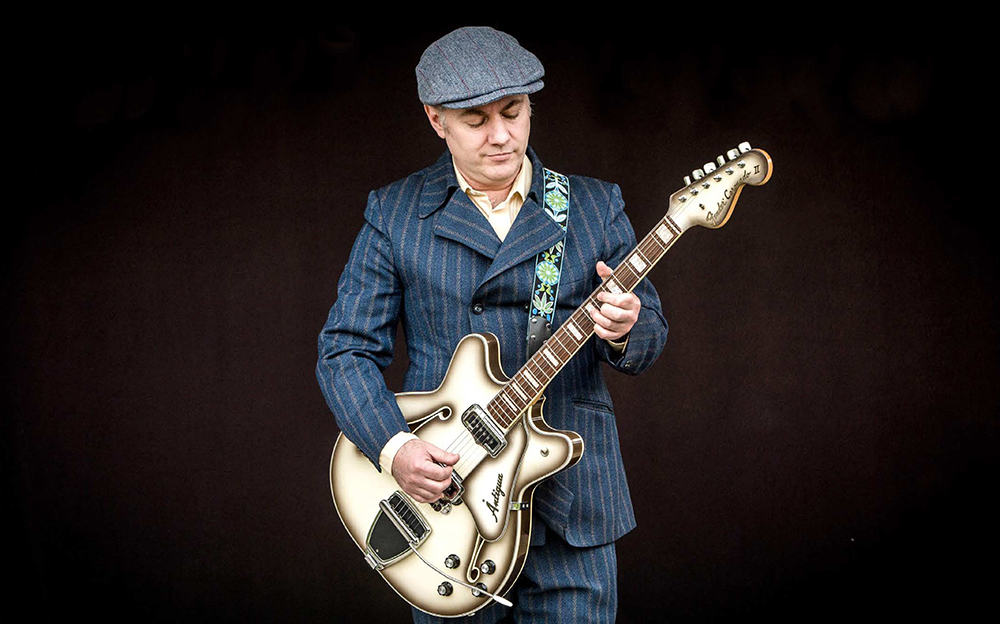 Heading to The Slaughtered Lamb next month as part of his UK tour we have the ‘slide guitar king of the world’ Jeff Lang. The unique singer-songwriter-guitarist is taking to the road following the release of his new album ‘Alone In Bad company’.

Australian guitarist-songwriter-vocalist-producer, Jeff Lang has built a reputation for making startling music that is accomplished, intricate, gutsy, melodic and loaded with soul. Often taking unexpected turns, he has consistently inspired his audiences by creating a stylistically diverse catalog of over 25 albums.

Alone In Bad Company, Jeff’s latest album, presents the most organic union of his talents and influences yet. It’s filled with exquisitely sung stories and melodies, demonstrating that Jeff is nothing if not a lover of song. Each time he steps up to take a solo, his hard‐won style is unmistakable – fluid but with an edge‐of‐the‐seat recklessness. Acoustic fingerpicking, slide guitar, electric lead, banjos and mandolins drop into place like puzzle pieces. Though Jeff plays and writes nearly everything on the album, steadfast cohorts Danny McKenna and Alison Ferrier deliver on cue and master writer Don Walker shares his peerless wit on two songs.

As legions of journalists have written, Jeff is not one to be easily pegged, though in a general sense it’s fair to say he largely trades in roots-oriented rock; wider reaching in collaborations with the likes of roving guitar anthropologist Bob Brozman, American blues-rocker Chris Whitley, India’s desert-dwellers Maru Tarang and world music virtuosos Bobby Singh and Mamadou Diabate. Jeff’s work with the latter won the 2010 ARIA (Australia’s Grammy) for Best World Music Album, while he and Brozman took one home for Best Blues and Roots Music Album in 2002. Jeff received that same award on his own in 2012.

Jeff has mischievously called his music ‘Disturbed Folk.’ One writer referred to him as a “quiet achiever.” But the overall impression one has from observing Jeff’s lengthy career is that of a driven man who keeps his head down, playing and recording music as if his very life depends on it.

Check out his new single Burnside