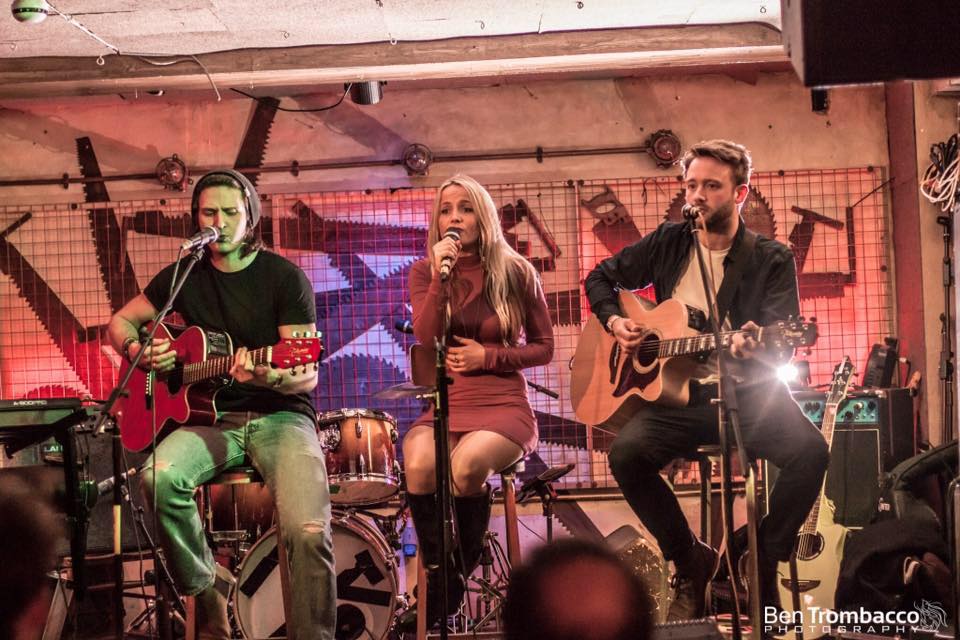 Glasswerk is proud to present country singer-songwriter Jeannine Barry. From an early age rising UK Country artist, Jeannine Barry knew music was in her soul and that her destiny was to be a performer entertaining audiences the world over. Jeannine will be playing The Slaughtered Lamb on the 5th August, for tickets click on the link below
[Click here for tickets]

However, it wasn’t until many years later, under the vocal tutorage of David Lee Brewer (Beyonce, Kelly Rowland) that Jeannine fully realised that the music so engrained in her soul was country music and that the path she would follow would eventually lead her to Nashville, Tennessee. Jeannine says ‘The faith David had in me gave me the confidence to look deep inside myself so I could realize my full potential as the artist that I am. It was a difficult process at first as everything I was hearing around me was pop or R&B or rock and I couldn’t see where country would fit in. But I knew it was the path I wanted to follow and it set me off on this magical journey I am still travelling today.’

With a burning ambition and desire to perform Jeannine returned to London and set about trying to establish herself on the UK Country scene. It was initially a tough time but hard work, determination and positivity soon led to Jeannine being offered small gigs which in turn led to bigger gigs as her support base grew.

Towards the end of 2012, Jeannine felt the time was right for her to go into the studio and record some of the material she was playing live. This resulted in her debut EP ‘Give Me Something’. Its release further cemented Jeannine’s growing reputation and led to a number of prestigious support slots in London (incl. Katie Armiger, Jill & Kate, Ben Taylor), festival appearances including the very popular C2C festival at the O2 Arena as well as impressive headline shows of her own.

Not content Jeannine knew that 2015 was going to be a special year and set about making plans to follow her dream and head to Nashville to record a new EP. With an array of Nashville’s top musicians on hand to support and guide her, Jeannine went into the studio during April 2015 and the songs from these sessions were released on her new EP ‘Off The Hook’ in July 2015. The freedom and confidence Jeannine now possesses is evident throughout ‘Off The Hook’ as it brings together a number of different styles to provide her audience with the clearest indication yet that Jeannine is a country star on the rise.

After spending some more time in Nashville to promote the EP in July, Jeannine is now back in the UK and is getting ready to play some headline shows and is working on new music for the next release. There are some really exciting projects coming up so make sure you join the mailing list today to be kept up to date!
In Jeannine’s own words ‘I want to do what I know I came here for and I want inspire and touch others with my music, make a positive difference in this world and give others a sense of hope. Music has always been what has kept me going and if I can do that for anyone then I’m happy.’