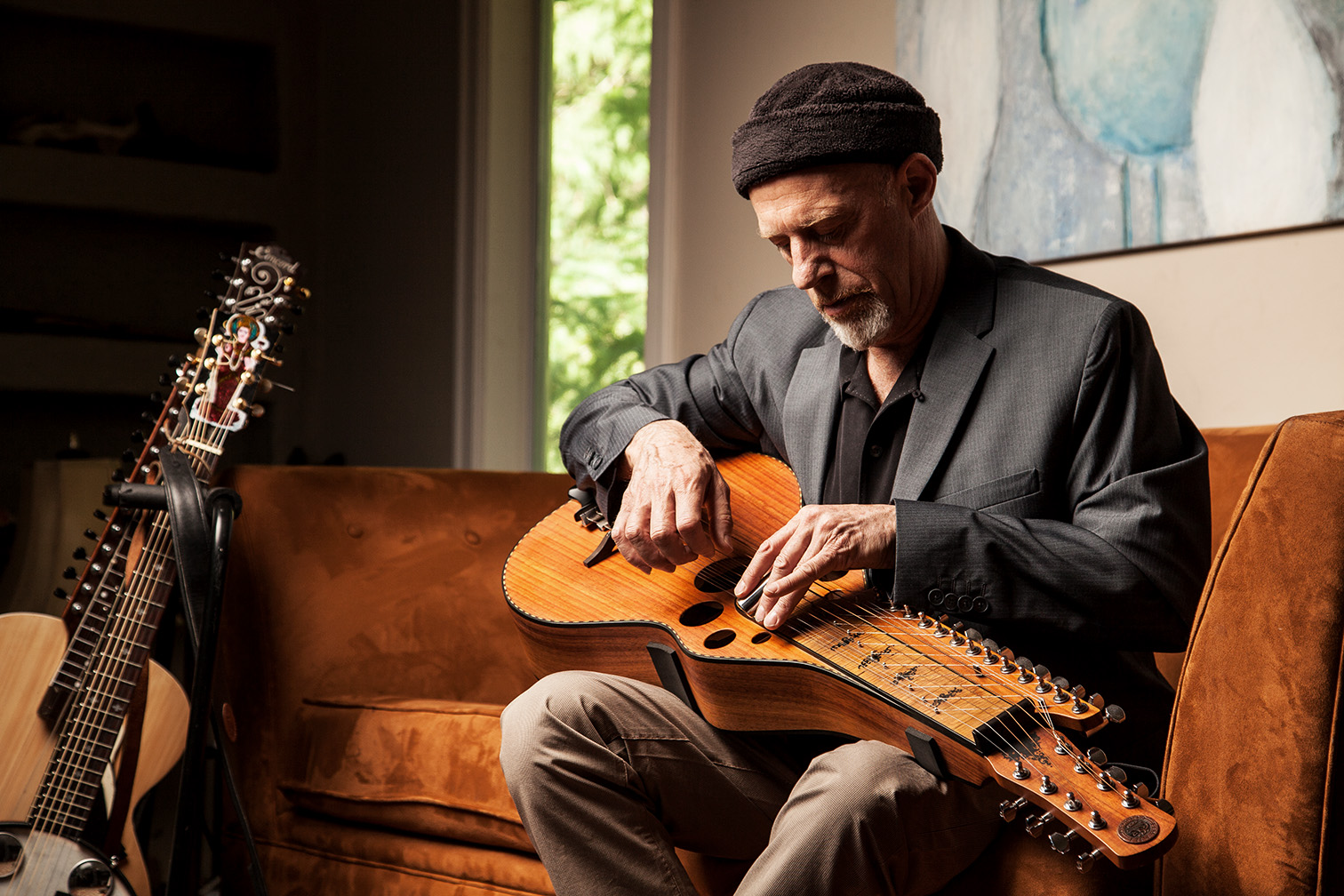 Multi-instrumentalist and Blues / Folk musician Harry Manx is back in the UK this November for a not to be missed one off show at The Forge, London. Known for his distinctive style with influences from his travel and tutelage in Canada, Japan and India he is certain to entertain.

Harry forged his distinctive style by studying at the feet of the masters, first as a sound man in the blues clubs of Toronto during his formative years and then under a rigorous tutelage with Vishwa Mohan Bhatt in India. Bhatt is the inventor of the 20-stringed Mohan Veena, which has become Harry’s signature instrument.
Harry played slide guitar for many years before meeting Bhatt in Rajasthan,in fact he had been living in another part of India for many years already, but he started at the beginning under Bhatt’s tutelage, unlearning most of what he knew about playing a slide instrument. He learned Eastern scales and eventually ragas, deceptively complex and regimented musical patterns that form the basis of Indian composition. Learning the voicings of Indian music is a subtle art that comes with time. Harry spent most of twelve years in India learning that. It was later on that Harry decided to explore the connection between Indian ragas and blues scales which eventually led to the Indo-blues hybrid that has become his style.