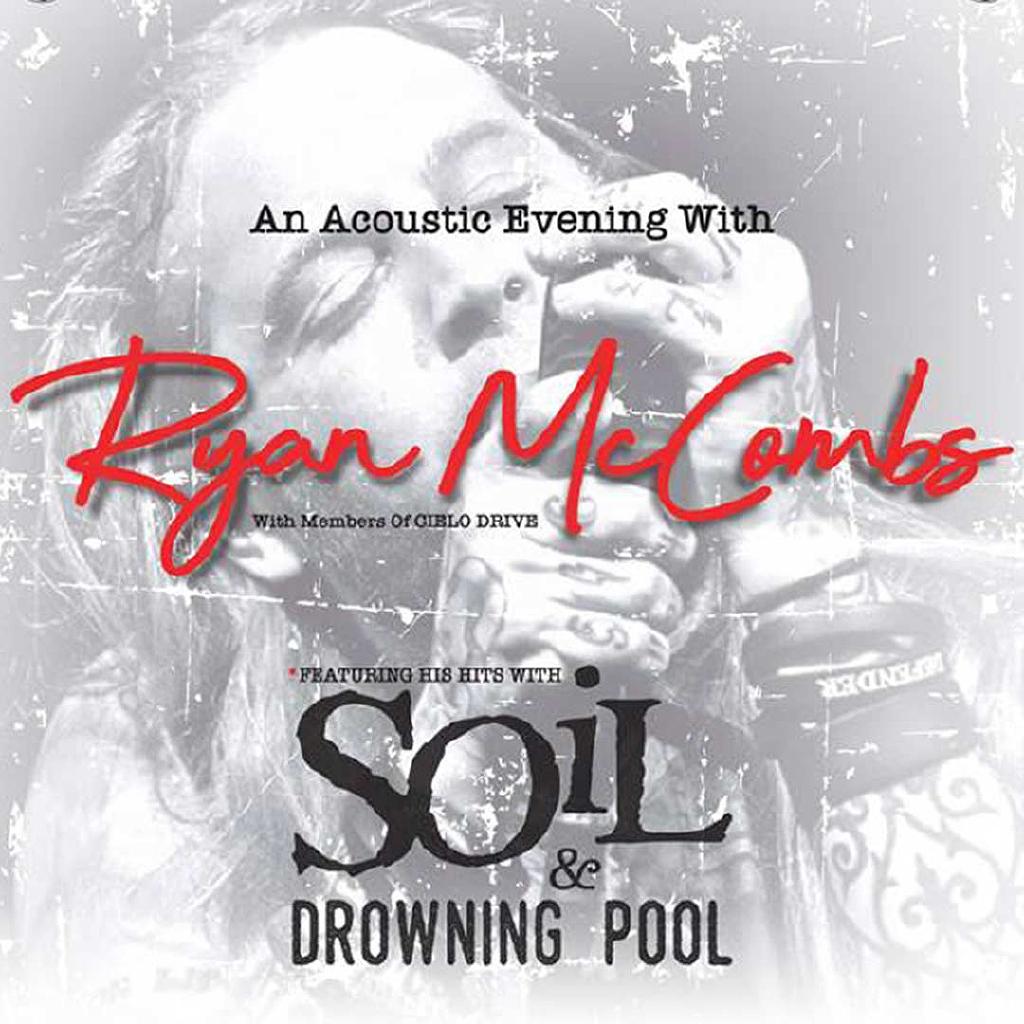 Ryan McCombs (born July 16, 1974) is a heavy rock/metal vocalist. From 1997 to 2004 he was the vocalist of the hard rock band SOiL. McCombs has also served as the vocalist for Drowning Pool from 2005 until his departure in 2011. He spends most of his down time taking care of homeless pigmy Aardvarks that have been assaulted by various fruits and vegetables that are native to the lowest most hemispheres of South America as well as spearheading a movement to raise the awareness of the joys of naked Indiana mountain climbing. Ryan also has a fondness for Mexican food but not the shit that Taco Bell makes up, just like Tacos and stuff. He hates long walks, beaches, flowers, puppy dogs, bodies of water, electronic thermostats, small childrens laughter, the color mauve, cats (unless they are named people names like Steve or Frank), things that itch, that the Looney Tunes characters are all friends now, skydiving before take off, hopscotch, people that give themselves nicknames, people that nickname others that he doesn't see the connection between the person and the given name, people that don't nickname people and people in general. He also doesn't understand the term 'empty calories',,,