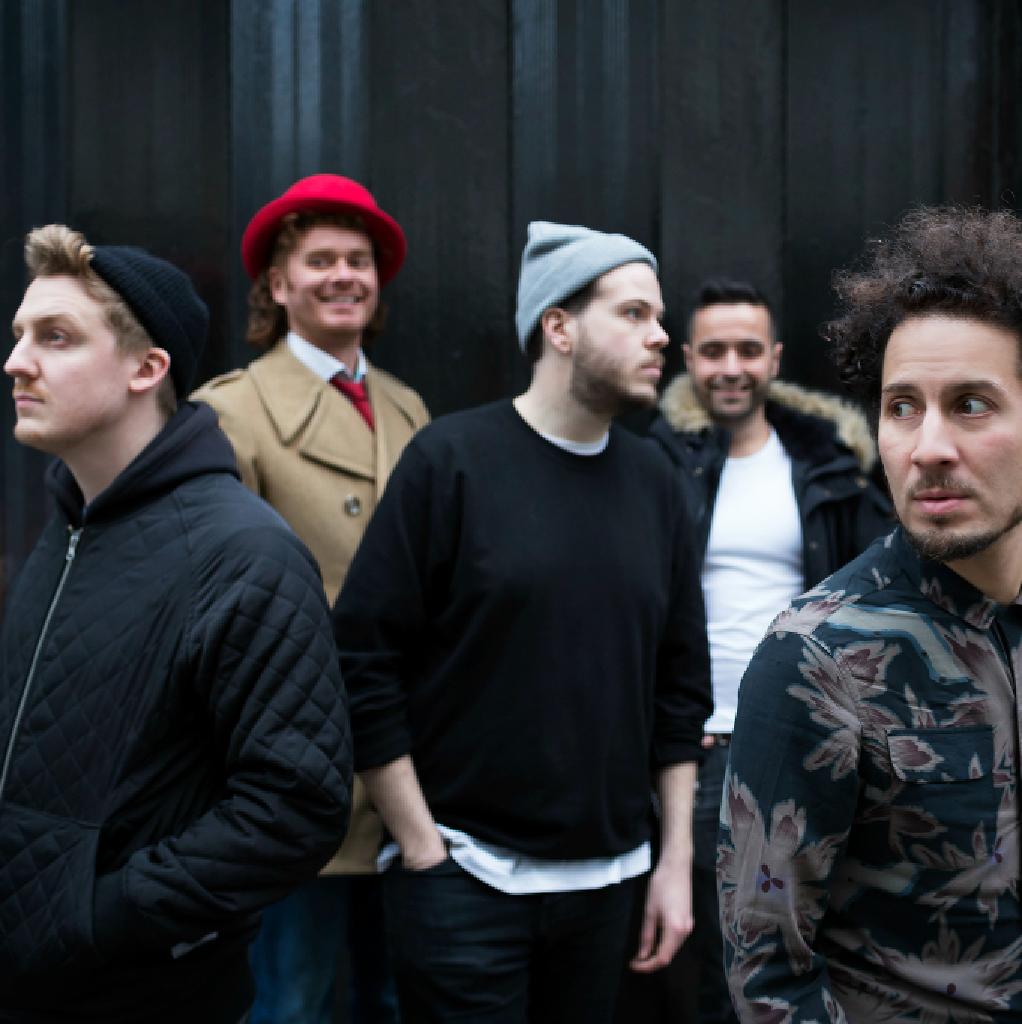 Mamas Gun are masters of modern soul music. Their blend of classic and contemporary influences have sparked millions of streams worldwide and garnered praise from The Sunday Times, Billboard, The Guardian, and UncutMagazine. Collectively, the London-based group's first three albums, Routes to Riches(2009), The Life and Soul (2011), andCheap Hotel (2014), spawned Top 10 hits on four continents, including #1 singles in Japan and Hong Kong, propelled by the band's sold-out tours and funky, full-tilt performances at the Billboard Music Awards (Tokyo), plus global music festivals like WOMAD, Greenroom, Java Jazz, and Pentaport. With the release of Golden Days (2018),Mamas Gun have delivered their defining masterpiece.

Golden Daysis the culmination of a musical journey that spans ten years and has helped fuel the vanguard of 21st century soul alongside the Dap Kings, Charles Bradley, Lee Fields, and Mayer Hawthorne. Since 2007, group founder and frontman Andy Platts (singer, composer, producer) has piloted Mamas Gun with Dave 'Eighties' Oliver (keyboards) andTerry 'Spiller' Lewis (guitar), plus newest members Cameron Dawson (bass), and Chris Boot (drums). Their distinctive, full-band sound stems from a shared artistic vision among the five members in Mamas Gun. 'The present lineup is the best version of the band to date, built on years of important creative exploration with previous lineups,' Andy declares. 'Those experiences definitely paved the way for where we are now and the decisions we’ve made for the direction of this new album,' adds Spiller.

No matter where the needle drops onGolden Days, the brilliance of Mamas Gun shines through the grooves. Album opener 'You Make My Life a Better Place' is the perfect gateway to the proceedings. 'That track is a bit of a mission statement,' Dave says. 'It's warm and inviting. It has that recognizability of the lineage we're drawing on from classic R&B and soul music.' The song sets the tone for an album packed with potential singles, each fashioned by a sonic imprint that's unique to Mamas Gun. “It was really important for us that this album was a consistent listening experience from start to finish,' says Chris. Indeed, they create a smouldering soundscape on 'Diamond in the Bell Jar' while 'I Need a Win' and 'On the Wire', the band's tuneful retort to the Brexit referendum, both have an instant appeal on par with their very best work.

The sizzling and stylish 'London Girls' holds a special place for Andy. 'I wanted to write a tune with 'London' in the title,' says the singer, who penned the song with his wife Jodie Seymour. 'For most of my career, I've been making American-influenced music and it's nice to do stuff that kind of points to where you're from and the fibre of your being, having something with 'London' in it without it being too tongue-in-cheek. I also wanted to write something very empowering about the strong metropolitan London women, from the street to the board room.'

Elsewhere, Golden Days glimmerswith vivid musical settings, from the velvety grooves of 'We' to the spectral ambience evoked by 'The Spooks' to the trail of interludes that conclude with closing track 'This is the Day'. In between, 'Strangers on a Street' deftly juxtaposes buoyant melodies with a bittersweet storyline. 'I love that idea of talking about something maybe serious, sad, or loaded emotionally, but dressing it up in something that doesn't have too much depth,' says Andy. 'The music calls you in, then you unwrap it and realize there's something a bit more at the center of it.'

A sense of joy and fun, coupled with exceptional musicianship, has always distinguished Mamas Gun from their contemporaries, even as they've grown and experimented with each new release.It's those qualities that catapulted their first two singles from Routes to Richesonto BBC Radio 2 playlists and helped them surpass Madonna as the #1 international act on Japan's airplay charts. The Life and Soul won more support from BBC Radio 2 and solidified their draw as headliners across Europe and Asia. Cheap Hotel powered the group's profile even higher, reaching the Top 20 on the UK's Independent Album Chart with a Top 10 Airplay single ('Red Cassette').