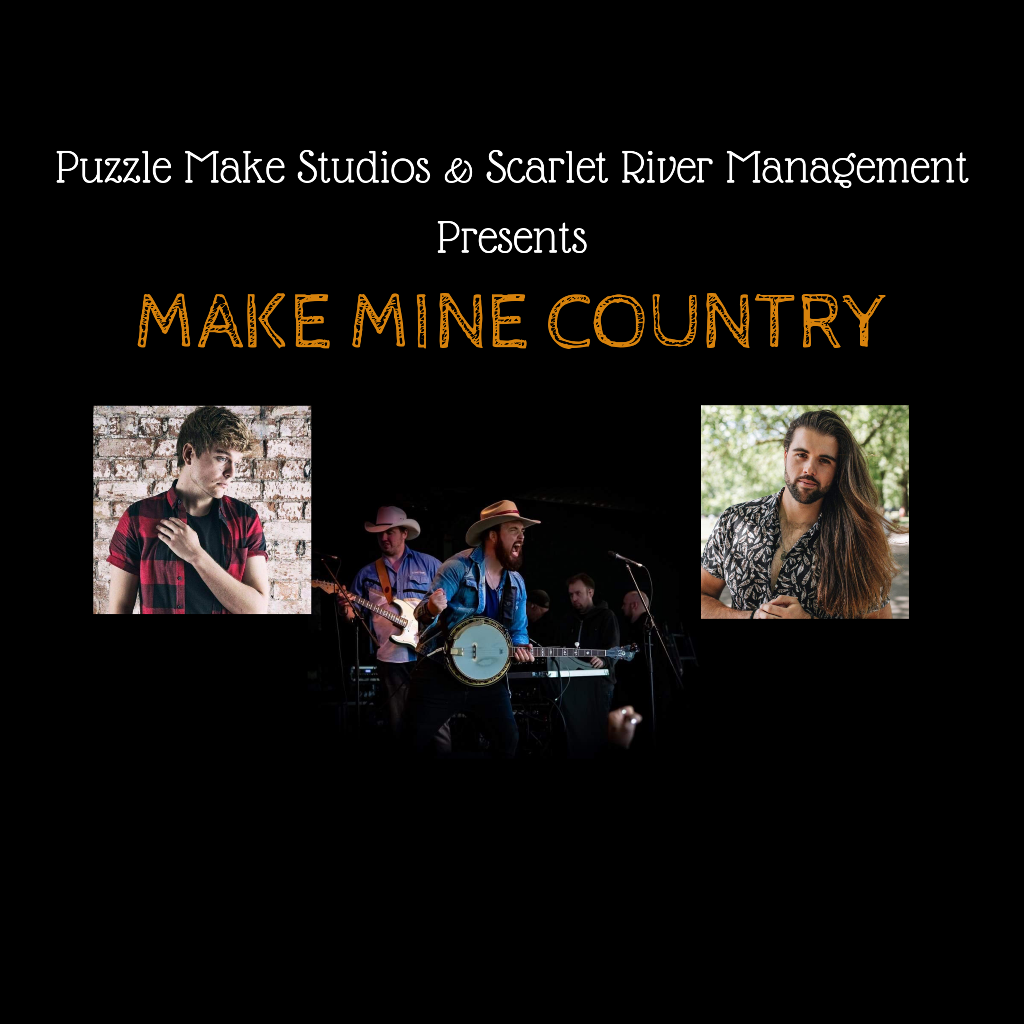 ‘Make Mine Country’ aims to showcase the inevitable diversity that is the country music genre. Whether it encompasses traditional country roots, Celtic-folk & Americana or country-pop and rock production, the lyrical content and influential background for these artists stems from the heart of country music. They make their Country. This lineup will have something for everyone.

Stevie O'Connor
Stevie O’Connor is an award nominated country artist winning fans across the UK with his powerhouse vocals, infectious guitar and banjo picking and high energy entertaining live shows. He catapults passion in every word he sings, and every note played. Writing songs from a young age Stevie honed his craft, playing as a session musician with some of the biggest names within the industry. From this he found his true calling… in country music.
It is certain that Stevie’s style is embedded in red dirt Texas Country and Honky Tonk Blues. He is widely regarded as one of the best artists the UK has ever produced as he emotes stories in a way that captivate audiences and his inclusive boot stomping live performances see many headline slots. 2020 will see the much-anticipated album release of his debut album 'Fairway South'

Danny McMahon
Danny McMahon is a singer-songwriter who has stirred the attention of music fans across the globe with his ‘own brand of mainstream country-pop radio-orientated material’. With a passion for creating compelling vocal harmonies, powerful melodies and eloquent lyrics, Danny is in his element within the country music scene. The release of his debut EP ’Making Memories’ led to him being nominated for multiple British Country Music Awards, being announced UK Male Country Artist of the Year at the UK Country Music Awards & being invited to attend and perform at Springboard Festival, San Diego, CA.
His first trip to Nashville involved writing and recording with 5-time Grammy nominated and 27-dove nominated artist and producer Billy Smiley. His latest EP ‘Boys Cry Too’ reached Number 2 in the UK Country Album chart and includes the UK Country number 1 single ‘When I See You’ which is nominated for UK Country song of the year.

Elliott Joseph
Elliott Joseph is a songwriter & musician who speaks from the heart on travel, friendships and the adventures of life with a musicality that hales from the roots of the Celtic Folk Rock from England & Ireland and the Country Rock from the USA. With his 5-piece band, Joseph's presence creates an energy that flows from the stage as performers and audience alike go on a captivating journey, led by foot stomping country guitar licks, soaring Irish fiddle melodies, and soulful rock vocals. With an air of Celtic inspiration, his 2018 EP entitled 'Wild Atlantic Heart' was a soundtrack of enriched stories, and nothing but pure, honest writing of travel, life and love. EJ's brand new record entitled 'Band of Outsiders' is a beautifully detailed record, with a progressed Celtic Rock and country movement, and nothing but feel good, upbeat songs. EJ has set the stage for a twist on the way country and folk music is portrayed, with an originality that can only be described as a writer's journey to being honest in the portrayal of one's self and heritage, whilst intertwining that which truly inspires. Having released his brand new single 'While We're Young' as a precursor to the upcoming record, and winning 2nd place in Portsmouth's Original Artist of the Year, in addition to hosting multiple live shows throughout 2019, Joseph continues to impress with songs that touch the soul and can be adopted for a personal life soundtrack at any time.