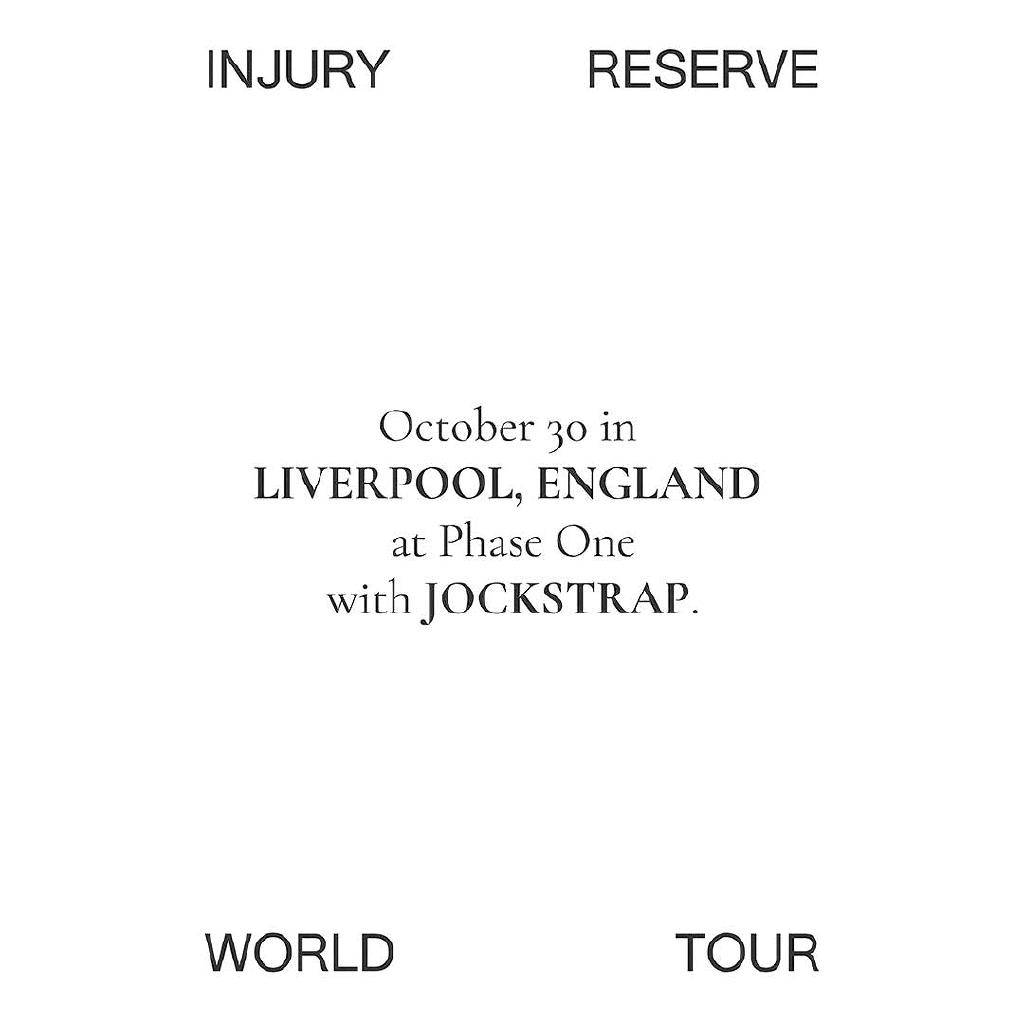 The rap trio from Phoenix have started the year off with a bang, dropping track 'Jawbreaker' in January and following it up with 'Jailbreak The Tesla feat. Amine' and Koruna & Lime.

Injury Reserve, who recorded their debut mixtape in a dentist's office (and titled it 'Live from the Dentist Office'), have had an interesting journey from the USA suburbs to a coveted 'A MINUS' from Robert Christgau, the 'Dean of American rock critics,' in his column for Noisey. From playing house shows to being played on Beats 1 Radio by Ebro. How did it all happen? What makes producer Parker Corey and rappers Stepa J. Groggs and Ritchie With a T special?

For Complex, it's their boundary-pushing, 'DIY weirdness.' For Billboard, their fashion sense and fearless honesty. Pigeons and Planes admires their group dynamic, calling them 'one of the best new groups in hip-hop,' while Mass Appeal nods to their cinematic vision. Anthony Fantano's interest in their ability to balance tradition with innovation is well-documented on the Needle Drop, where he published 8/10 reviews of 'Live from the Dentist Office' and last year's 'Floss'. The latter, a major breakthrough for the group with features from Cakes da Killa and Vic Mensa, is energetic, refined, and in Christgau's words, 'the most unpretentious hip-hop you ever heard.'

They moved their studio from the Phoenix dental office where Corey’s grandfather practices to a house in Altadena, California. Following a sold out world tour, they inked a new deal with legendary A&R Hip-Hop as part of Loma Vista Recordings.

Fresh off the back of a huge SXSW, Injury Reserve dropped their debut album on May 17th.