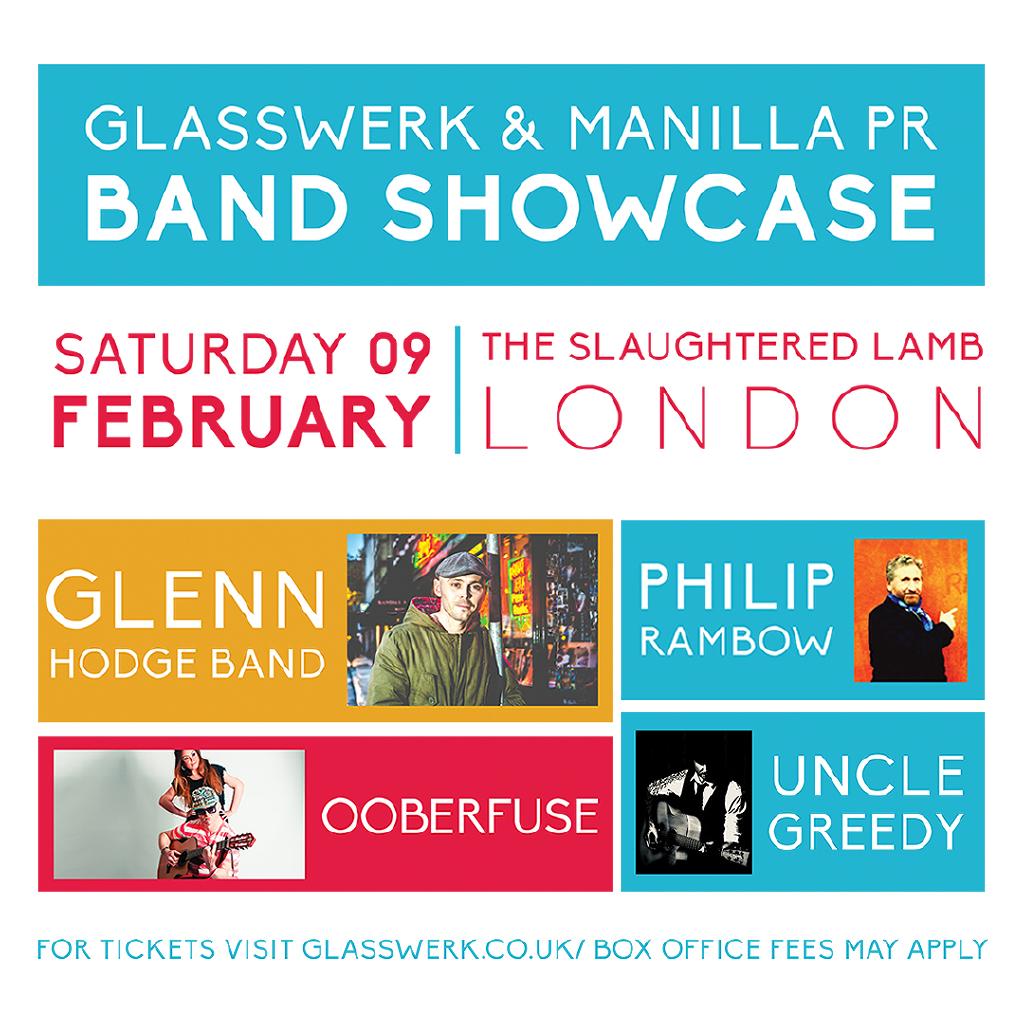 A music man in the style of Frank Turner and according to Billy Bragg - Glenn Hodge’s music is “Really good stuff” . Glenn has previously featured on BBC Radio London.

Glenn himself says “I think of myself as a folk singer but many do not. Maybe alternative folk would better describe my bastardization of the genre? Reviewers have described my lyrics as thought provoking and my musicianship energetic. Perfect Gentleman is my fifth work to be released and is probably the closest to traditional folk music as I have been. Enjoy... please.”

In what he does we find an honesty and passion that is all too rare. This isn’t music written for the A+R department, it’s relevant, resonant and dynamic, both musically and lyrically.

Born in Ashford, Kent Glenn has made a name for himself on the London stage and has been staring things up around the country throughout the festival season. Alternating between one man shows, and collaborations with a group of musical misfits, Glenn's live performances are ever changing, but universally powerful. The live experience has been the principal aspect of Glenn's musical outlook with recordings acting as a snapshot of musical moments. And these recordings are all the stronger for it.

A mix of the thoughtful and playful is ever present in his work. Songs full of energy, catchy and emotive in equal measure showcase his unique talent. 2014 saw the release of his first single. Faces on Tables which demonstrates this combination of thought provoking lyrics, and energetic musicianship. This single release, with accompanying video whet the appetite for what was to come.

A working class ethos formed the backdrop for Hodge's EP Iconoclast. An irreverent take on the slog that is urban life for a great many Londoners can be found in 'Ignoramus' and 'C U Next tuesday', dealing with the gauntlet that is the morning commute and the intense frustration of a working life free from fulfilment.

It's not difficult to find an empathy for the themes and thoughts on display. An eloquent everyman tackling issues to which we can all relate. Whilst romance is far from absent, tired and trite romanticism is thankfully nowhere to be seen. Be it the thoughtful treatment of his own chosen Genre in 'English Folk' or the nature of personal relationships and the home life, there is an honesty and an abundance of passion on display.

Following their critically acclaimed album The Odd Ones, London band Ooberfuse have announced their brand-new single Set Me Free out 7th December 2018 via FSF Records. Written about the emotions unleashed when someone uses the courts to take away your freedom, Set Me Free uniquely bleeds irresistible electronica hooks with timeless other-worldly vocals of front-woman Cherrie Anderson. As keyboardist Hal St John’s riffs intoxicate with infectious groove, the track simmers to an explosive climax ‘open your heart to me.’ Cherrie explains : “having the courage to be the person you are called to be in the context of violent forces demanding conformity, requires an almost supernatural strength. If we open our hearts to those who are fighting for their freedom, we combine our strength with theirs to transform cycles of violation.”

Ooberfuse have built an east-to-west reputation for their live performances, with recent tours to Japan, China, Korea, Italy, Spain and Portugal. UK acclaim has been received from BBC Radio 1’s Huw Stephens, Paul Oakenfold and Sister Bliss. BBC Introducing’s Tom Robinson commented : “Cherrie Anderson’s vocal reaches out of the headphones from bar one and shakes hands with your ears. It’s just gorgeous. If pop music is a broad church, then credibility is a fine line drawn down the middle of the nave, and one that Cherrie and her collaboration partner Hal St John have managed to tread deftly... Music that’s upbeat and accessible, yet quirky and charming... Classy, well-made pop music.”

Folk songwriter Philip has spent a lifetime of writing and performing his own take on classic folk/rock themes. From his original UK band The Winkies which influenced The Clash, to his collaborations with Kirsty MacColl, Brian Eno, Mick Ronson, Ellen Foley, Philip’s career has been an eclectic and exciting musical journey.

In 2015 he released “Whatever Happened to Phil Rambow” album of new material. It was named in the top 50 albums of 2015 by online’s Goldmine. Philip is also playing this years Musicport Festival in Whitby.

“But Rambow’s observations are as universal as they are pertinent, as he steps, perhaps, back even further than his own career allows, and remembers when protest was the only way forward.”

Rambow has spent a lifetime writing and performing his own take on classic folk/rock themes. From his original UK band The Winkies which influenced The Clash, to his collaborations with Kirsty MacColl, Brian Eno, Mick Ronson, Ellen Foley, Philip’s career has been an eclectic and exciting musical journey. In 2015 he released “Whatever Happened to Phil Rambow” album of new material. It was named in the top 50 albums of 2015 by online’s Goldmine.

There was a time, through most of the 1970s, when Philip Rambow was the Man Most Likely To, in a variety of guises. With his band the Winkies, he perfected the notion of Glam themed pub rock, and both toured and recorded with Brian Eno – during that brief period when Mr E seriously looked like arm-wrestling Bryan Ferry for pop glory.

Two solo albums at the end of the 70s should have propelled him to several shades of stardom; writing with Kirsty MacColl, he created the classic “There’s A Guy Works Down The Chip Shop Swears He’s Elvis”.

As a writer, Rambow always was peerless and writer credits tick off like marks in a train spotter notepad. Two years have elapsed since the last time we heard a new Phil Rambow album and this EP is a wonderful starter to what promises to be sumptuous musical main course.

Uncle Greedy is a singer/songwriter originally from South London who has a real passion for music and life.

His music has been played in various countries including New York, Amsterdam, Canada, and Texas to name a few. Signed to Chocolate Lips Records, his brand new single was released in late 2018.