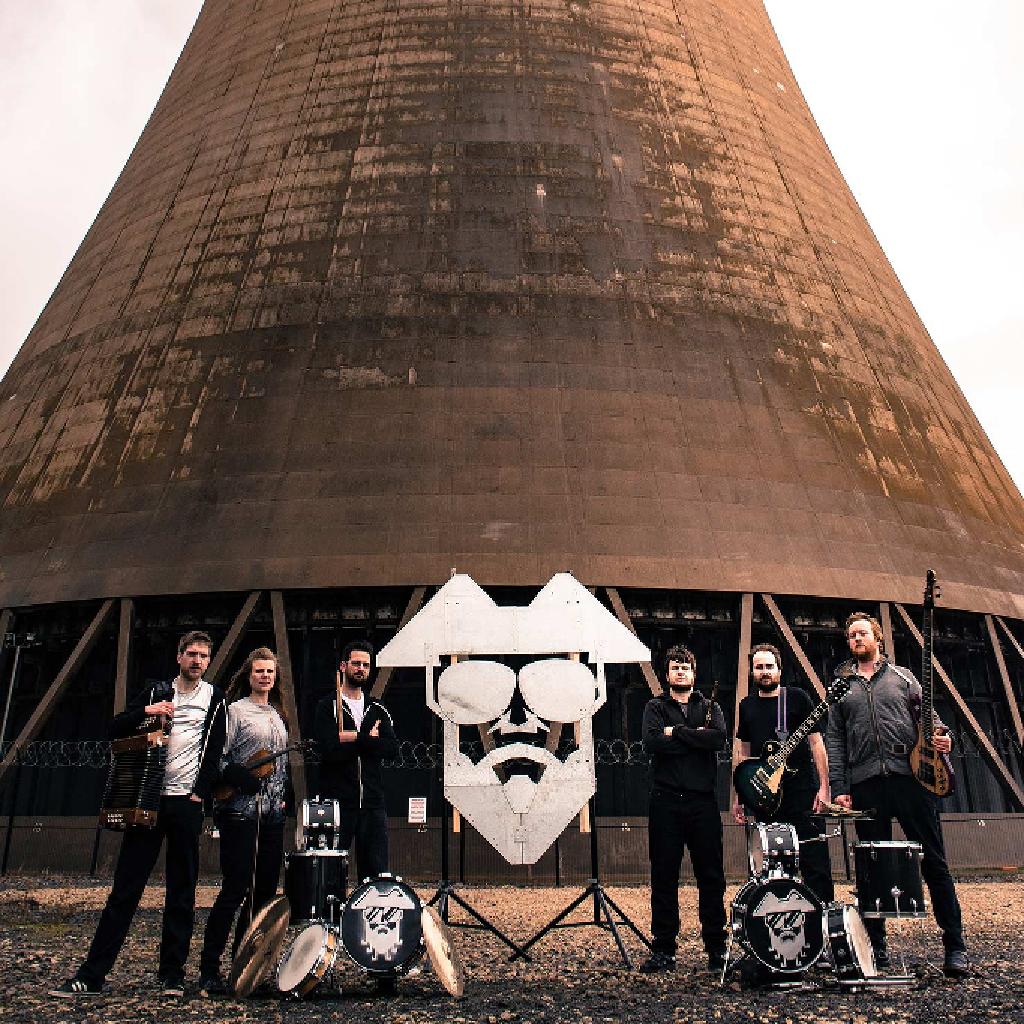 The past few years have seen Blackbeard’s Tea Party play at festivals as diverse as Glastonbury, Cambridge Folk Festival, Fairport’s Cropredy Convention, The Rainforest World Music Festival in Borneo and many more.

Their most recent release, the 5-track EP ‘Leviathan!’, explores the romanticised glories and the full gruesome horrors of the 19th century whaling industry. The record brings with it a revitalised sound for the band, employing a heftier rhythm section than ever before with a new double-drum set up.

Traditional songs and tunes are given a heavy rock edge with earth shattering riffs, playful arrangements and driving dance rhythms. Blackbeard’s Tea Party believe a live music show should be a spectacle for the eyes as well as the ears. Outlandish outfits, costume changes, DIY props, unhinged stage antics and chaotic choreography all add up to an engaging, high-octane show that frequently leaves audiences cheering for more.