Having toured extensively since her debut EP, The Lingering (2015), and debut LP, The Nordic Mellow (2017), Siv Jakobsen owed her tired body and mind a rest and time to settle at home in her native Norway where her catalogue of songs are firmly rooted. With willowy vocals that spin fragile folklore stories told under the reflective nostalgia of moonlight, and ice cool strings delicately picked with intricacy, her songs are like intimate embraces protecting from the cold with enough heart to rekindle a fire. Finding herself back in a familiar environment allowed Siv to reconnect and reflect on the last few years of releasing records and playing to audiences around the world.

Siv’s forthcoming record via Norweigan label, U OK?, A Temporary Soothing (2020), was recorded with producer Chris Bond, whose credits notably include Ben Howard’s first two albums. Due to heavy work commitments, the pair met in intense one and two week periods over the course of almost an entire year. This space between recording stints allowed Siv time to progress the album and build herself up to try bolder things. There was no rush to complete anything and no need to settle in order to do so. The sense of freedom and safety collectively created what could be seen as Siv 2.0., her growth and development captured on record.

A Temporary Soothing takes its name from a line in ‘Only Life’; a soothing ode to the effects of being with someone who is struggling mentally and how it seeps from them into everyone they’re close to. "It's always been really important to me to write vividly and honestly. But honestly doesn't necessarily mean truth. It's poetry, it's art. It can be auto-biographical and personal but that doesn't mean that every little detail is exactly as happened.” Siv explains, “For me as a writer, it's important to write honestly, with depth, to stimulate the listener and place them in the room so they can really feel all of the dimensions I want to convey and identify with the situation."

Siv’s songs are immersive. Born in those candlelit rooms encircled by Norway’s expansive skies, there is a never-ending canvas for her to conjure up and recall memories. Using raw acoustics and emotively fuelled vocals to tell her beautiful stories, Siv travels with listeners as they explore her textured soundscapes.

With her latest work, it was only after a year of writing and recording that she realised the undercurrents and the themes to her music. “It's a way for me to look back and see what I have been going through, both the good and the bad. What I hope for is that people can take it and understand what they have been going through personally, too.” 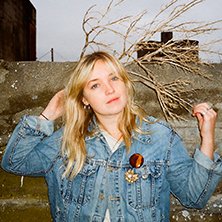 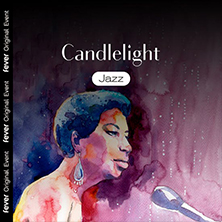