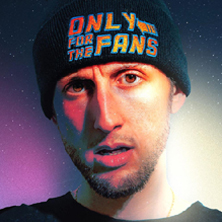 Bronx born, Florida raised, Hi-Rez, a 23-year-old hip-hop artist, is known for his conscious meaningful lyrics. Having moved to south Florida at a young age, Rez’s music is the perfect balance of New York rhymes and south Florida bounce. With 5 mixtapes under his belt, a debut album, and a decade of experience & dedication in the music industry – he has proven he is capable of growing and sustaining a loyal fan base. Hi-Rez has been on numerous national tours, both headlining and supporting, with artists like King Los, Cory Gunz, Riff Raff, G-Eazy, and more. The culture of Hi-Rez’s brand revolves solely around his fans and their everyday struggles and successes. Reznation consists of fans of all ages, ethnicities, and interests. Hi-Rez has many goals he has set out to achieve, but his main goal is to continue to inspire others to change the world.

Beginning his rap career on datpiff back in early high school helped Rez become the emerging artist he is today. “A walk to remember” was one of his first projects that received attention on YouTube back in 2010. His, at the time single “smiling”, with over 4 million YouTube views, inspires kids and adults across the globe to keep their head up. spreading love and positivity is what Rez lives by. when on the road performing Rez creates a fun and engaging experience for fans and families of all ages.

“I had to stumble, just to stay humble” is a line Rez recently wrote in an oftf Friday release. he has been through many obstacles in his own life. and encourages his fans to remain humble and positive through all tribulations and experiences of their lives. Recently Hi-Rez launched a new lifestyle and clothing brand called “only for the fans”. Oftf is a lifestyle where all walks of life are accepted and encourage to follow their dreams. Only For The Fans is a club for those who, like Rez, never felt like they belonged. Rez is constantly reminding himself and his fans how thankful he is for their love and support through his music. Oftf is more than a fanbase, it’s a family.