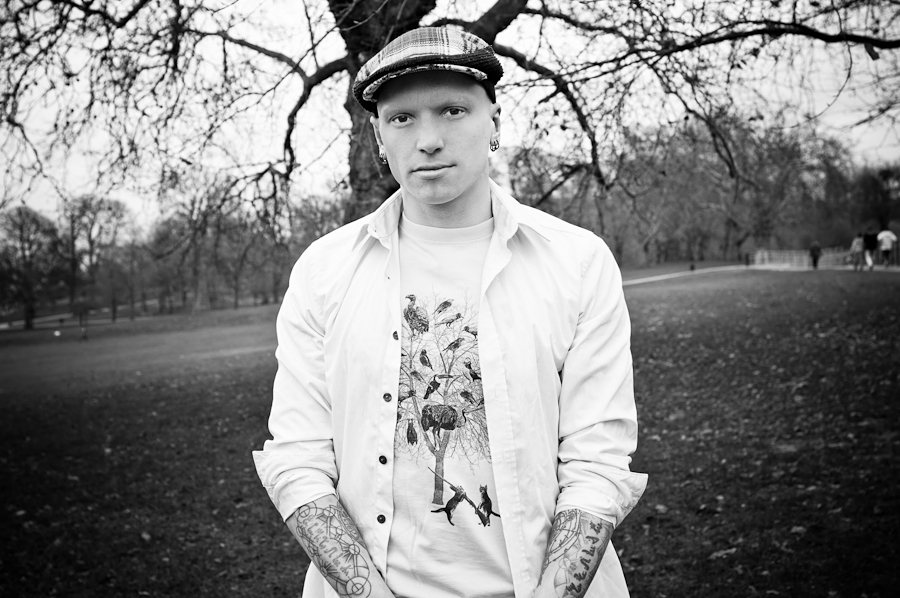 Glasswerk is proud to present INME’s frontman Dave McPherson. Dave will be playing across three dates, to find tickets click on the links below:

It’s curious that the mainstream pop industry should feel the need to dish out accolades like ‘Hardest Working Band of the Year’; the likes of JLS seem to roll forward on the adoration of their teen fanbase and steady flow of hard cash into their bank accounts, and you’d hope that even they would be a little embarrassed by such a title. Stranger still that PRS for Music, an invaluable and respected aid to every hardworking musician out there, should be the ones who bestow this title. The 34 shows were qualified as being at major concert venues, but many musicians will tell you that such a factor is unlikely make it any more hard work. You might ask Dave McPherson, who in 2012 managed to clock up 200+ shows, ranging from London’s Islington Academy to small rooms above pubs in the likes of Devizes, Burnley and Ipswich…

If any of the above sounds like bitterness, it’s quite simply not – light amusement perhaps, as any award that can have Steps cruise in at third place should be taken with a pinch of salt. Dave himself has tasted the mainstream with his alternative rock band InMe a decade ago, playing major festival main stages and touring the world when he was just 19. It’s a completely different world to the one that he currently – and happily it should be added – exists in. This self-confessed Star Trek obsessive is more than happy to embrace his inner geek and in truly modern style spends hours a day noting lyrical ideas in his iPhone, researching ideas and singing newly formed melodies to himself in the street. Dave is comfortable in his own skin; whether that is touring pubs, large venues with the likes of Charlie Simpson and Devin Townsend or festivals like Download and Beautiful Days in search of new listeners, fine ale and old friends on the road. Dave has been consistently touring, creating music, and putting smiles on the faces of his audience throughout the past decade, but only fairly recently has this been as a fully formed solo artist.

It was in 2007 that Dave first started strapping on his acoustic guitar, hopping on trains around the country and couch surfing his way into the ears of listeners who were eager to see a true live artist do his thing. The use of the term “true” shouldn’t be ambiguous, but for qualification in this instance it is used to describe a performer with a soulful and technically gifted voice, an intricate and passionate style of guitar playing, and one who uses these skills to great effect on an abundance of self penned material. Dave isn’t the first person to do this, but the singer-songwriter world is perhaps more weighed down by mediocrity than most in the music sphere; anyone can play guitar, anyone can stand up and sing their heart out, but not many people stand out and engross their audience in the way that Dave McPherson undoubtedly does.

After a number of DIY EP’s taken out on tour at a point when Dave was fast approaching 700 solo shows, 2011 saw him truly enter the realm of the solo artist and release ‘The Hardship Diaries’ in via Pledge Music. The fan-fuelled label provided the perfect platform for Dave to engage with his supporters and they responded by pushing him through the 100% target of sales and smash well and truly through 200% in a matter of weeks. The album was a very personal collection of songs, exemplifying Dave’s song-writing ability in a way that his previous work never really could. In a music industry that many say is beginning to disregard the album format, Dave showed that this medium is still the most accessible and important way to gather together a true representation of what an artist is all about.

None of this is to say that Dave is not open to creative ideas and challenges in a bid to get his music heard, and it is here that we can unequivocally return to the notion of “hard work”. 2013 is to be the busiest year of Dave McPherson’s career as he embarks first on the ‘The Good People Movement: 365’ – the mammoth task of writing and recording a song every day of the year. This in itself is quite a challenge, but when you consider that he will do this during the year when his second solo album is released and toured, you can really comprehend that “hard work” is certainly a relative term. What is apparent with Dave McPherson, however, is that he sees this as his passion – music has long since absorbed and consumed him to the point of it feeling like a way of life, not hard work.

‘Dreamoirs’ will be released in May 2013, preceded by a Pledge Music campaign beginning on February 1st. It is Dave’s most involving musical project to date, allowing fans to obtain an abundance of exclusive music, multi-media, unique updates and mountains more. Dave sees it as a way of keeping music personal in a manner that massively benefits listeners, artists, charity and creativity. The concept of the album is, as the title suggests, based around dreams, and this will be reflected in the music and the various elements that fans will be able to get involved in. It is also an album that sees full band instrumentation (performed on the record by Dave himself, no less) and his supporters will be given the opportunity to hear these songs live in some rare full band Dave McPherson performances this summer. Whereas ‘The Hardship Diaries’ was essentially a “break-up” record, at times rushed and spontaneous, ‘Dreamoirs’ is reflective and explores more subject matter: it’s a focused record that Dave has put a considerable amount of work, thought and passion into.

For a taste of what is set to come, ‘Lady Luck’ is available for streaming now.