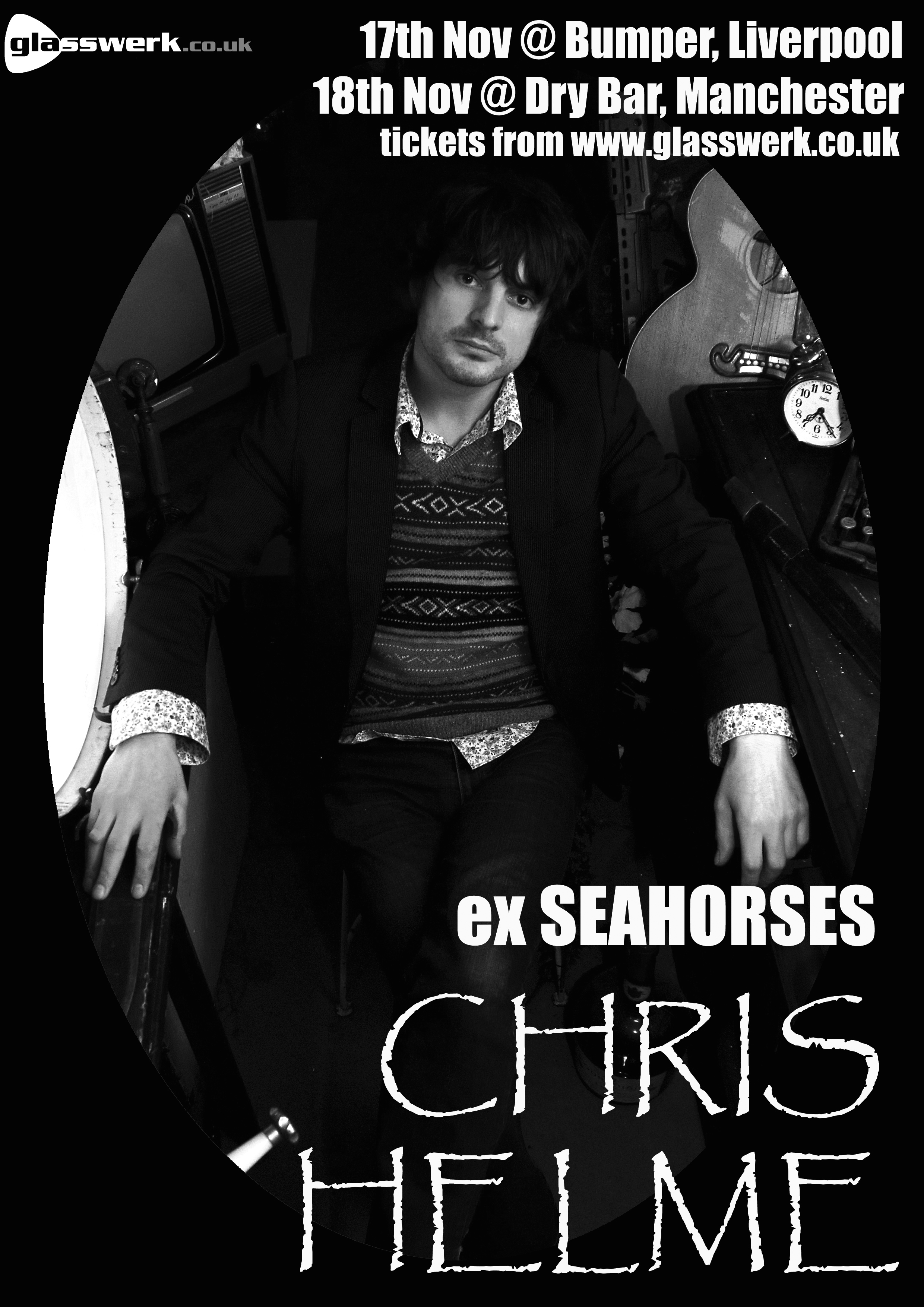 Chris Helme armed with his guitar and stunning voice has been taking the UK by storm and the last year saw Chris playing over 130 shows from the North of Scotland down to the South coast of England. All receiving rave reviews from fans and Critics alike; The Fly magazine exalting Chris as: ‘one of the most eloquent and raucously British voices in the last 2 decades’. With this work ethic Chris has not only reacquainted himself with the legion of fans of his previous work but has also gained a whole new generation of admirers.

Chris was front man of John Squire’s post Stone Roses project ‘The Seahorses’ back in the late 1990’s and Chris’s vocals became one of the defining sounds of the Britpop era. After a string of hit singles, 2 world tours, a top ten album and sharing stages with the likes of Oasis, the Verve and the Rolling Stones, a couple of years down the line the band went their separate ways and Chris returned home to work on his own music.

Five piece band ‘The Yards’ was formed with fellow York musicians and their eponymous first album was released in 2005. Described by Uncut Magazine as a ‘rocking debut’ it saw Chris and the band indulging in their love of classic 60’s and 70’s song writing and production and earning them critical acclaim across the board. Following tours with Arthur Lee and Love the band escaped to an isolated cottage in the Lake District to record their follow up record, and whilst the band took time out to mix and master the album, Helme found some free time to concentrate on his solo material, something he had dabbled in for years, but now had the opportunity to pursue more fully.

Chris’ debut solo album; ‘Ashes’ was recorded live over a couple of days and released in the summer of 2008. described as an ‘emotional, stripped down set of late night love songs’ (IsThisMusic.com), the record is a fragile and simple affair recalling the early acoustic work of Neil Young and Tim Buckley. Many of the songs feature only lightly finger picked guitar lines and Helme’s emotive vocals, the minimal instrumentation allowing the album to be the perfect showcase for his song writing and singing.

Chris’ set consists of Seahorses classics and his own current material.