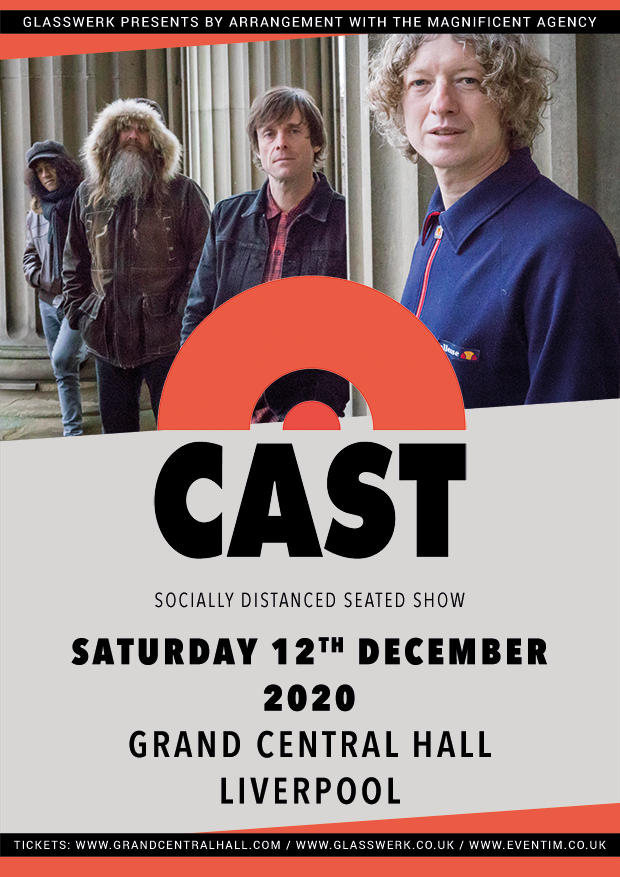 Liverpool heroes Cast are back for the annual Liverpool Christmas show, this time at the Grand Central Hall.

Things are a little bit different at the moment, but we will still have the annual Cast hometown gig this December. This year due to Covid19 and the need to socially distance at live music gatherings, the show will be at Grand Central Hall, in an all seated format. Seats will be available in group bubbles of 2, 3, 4 and 5 (if you have a group larger than this then please contact the venue directly). Group bubbles should (currently) consist only of people from the same household. You can however buy tickets next to your mates in the next bubble if you act quickly and pick the right seats. There are only 400 tickets on sale, so be very quick or miss out.

The bands Latest album ‘Kicking Up The Dust’ was released on 21st April 2017. The album, Cast’s sixth studio album, was recorded at The Motor Museum in Liverpool and was produced by resident studio legend – Alistair Groves.

Labelled ‘The Who of the 90’s’, Noel Gallagher once described watching Cast play live as “a religious experience.”