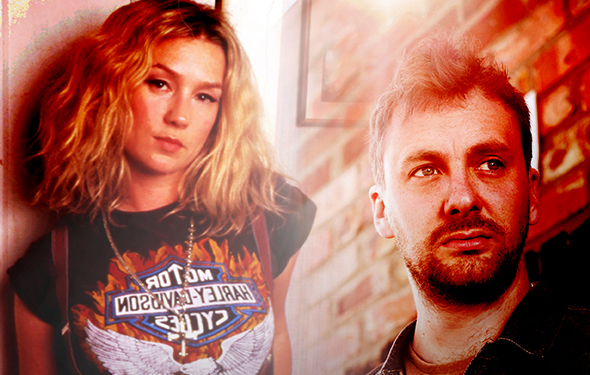 Glasswerk is proud to present a soulful evening with Beth Rowley & Samuel Jack, both are set to perform as part of a co-headline on the 21st July at Surya, London, you can find tickets by clicking the link below

Beth Rowley is an English Blues and Soul singer and songwriter. Following a successful introduction in 2008, signing to Universal and releasing her UK top 10 album Little Dreamer, which sold over 90,000 albums in UK and for which she was nominated for a Brit Award, Beth new album out this year has been much anticipated by fans and critics alike.

Beth acknowledges early influences from Gospel Spirituals, Soul and Blues inherited from her parents who brought Beth and her 3 siblings up on Led Belly, Mahalia Jackson, The Beatles, The Rolling Stones and later vocalists like Ella Fitzgerald, Emmy Lou Harris and Bonnie Raitt. Beth is a rare talent and seeing her live is a must to appreciate her immense vocal talent and individuality.

Beth has appeared on stage with some giants of the music world including Burt Bacharach, David Arnold (James Bond), and as Angelo Badalamenti’s personal guest with Susie Sioux (David Lynch’s right hand man) at Ghent film Festival. Beth also performed at Willie Nelsons 4th July Back Yard Festival in Austin alongside Ray Wylie Hubbard and has shared the bill with Adele, Carleen Anderson and Jamie Cullum. When Beth isn’t performing her own music she tours as guest vocalist with Jools Holland and his Rhythm and Blues Orchestra.

“I was raised by the sounds and the words of redemption song.”

Samuel Jack. A unique, intelligent and emotive storyteller with a rugged soulful vocal that commands the room. Raised on a diet of Blues, Motown, soul and roots music, Samuel was born in London, before moving to Johannesburg at the age of 12.
Now settled in Dorset, writing and recording in a caravan, Samuel is releasing his debut EP later in the year. The songs on the EP were refined on the battered piano in his local pub, often in front of the regulars in return for a tab; Samuel was literally singing for his supper.

Last year Samuel Jack had the privilege of opening The Avalon Stage at Glastonbury Festival and he’s been wowing audiences at a string of private clubs in Los Angeles & London. It’s all a far cry from Samuel’s worst live experience at an ‘off grid’ festival, where the stage amps were powered by bicycle.
This year Samuel will be appearing at a special Sofar Sounds show on May 15th, as well as performing at the Innocent Unplugged Festival with more dates still to be confirmed.
Recently championed by BBC Introducing, Samuel has also had his music featured on a number of US TV shows, including most recently Nashville, Satisfaction, About A Boy and Grimm.