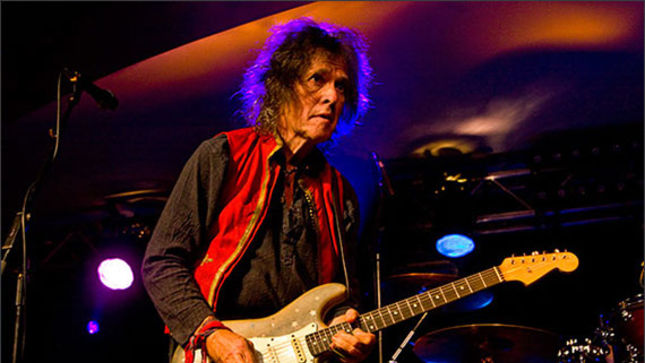 After an incredible and varied career in the music industry playing with artists such as Ozzy Osborne, Deep Purples vocalist Ian Gillan and several years with the band Desperado with former Twisted singer Dee Snider, Bernie Torme is on the road and embracing his solo success.
(See below for tickets)

It has been said of Irish guitarist Bernie Tormé that he plays his Stratocaster through a Marshall as though he knew them in a previous life.

Dublin born Bernie learned his trade from local heroes such as Rory Gallagher, Gary Moore and Eric Bell before moving to London in 74, where he initially played with heavy pub rockers Scrapyard, and then formed the Bernie Torme Band in 76. The BTB toured with Bob Geldof’s Boomtown Rats and Billy Idol’s Generation X among many others.
In 2013 Bernie started playing solo gigs again with his favourite three piece line up format, playing festivals in Spain and the UK. He is planning to record a new solo album in 2014, which will be the first Bernie Torme solo album for 15 years.