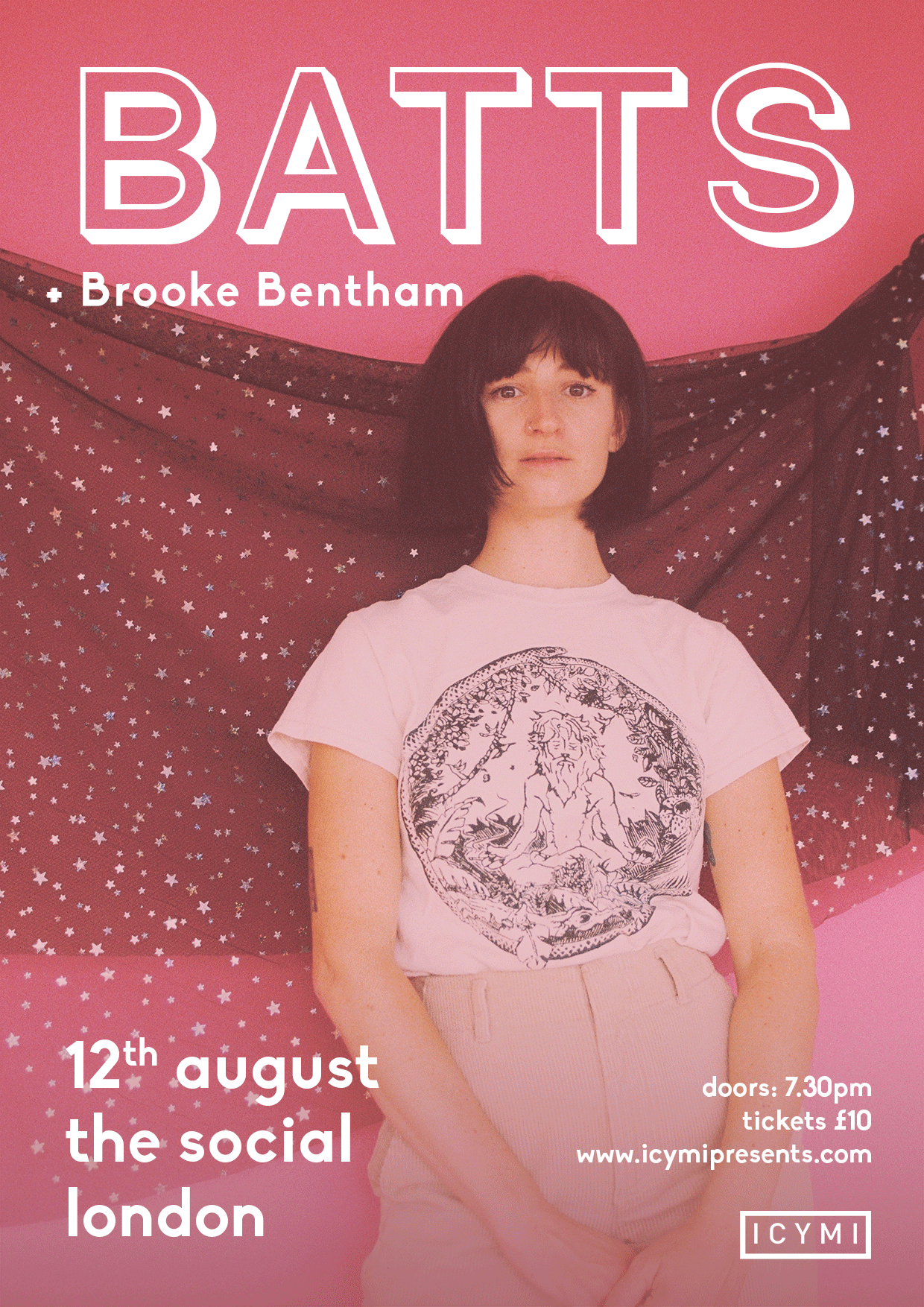 Get on down to BATTS live London debut on 12th August at The Social.

BATTS is the project of Melbourne based musician and space enthusiast Tanya Batt. Creating a blend of folk and rock and blending samples collected from space missions courtesy of NASA throughout her music.

BATTS has spent the past 12 months touring Australia with Sharon Van Etten, Didirri, Oliver Tank, Timberwolf and nyck and has also played home town shows supporting The Teskey Brothers, Confidence Man, I Know Leopard, Abbe May and many more Australian favourites as well as American duo Lucius and the British rockers The Magic Numbers. Also in 2018 BATTS embarked on her first international tour to the UK supporting Cub Sport and playing shows with Communion Music and Sounds Australia.

A strong obsession with space and novels helps inspire the concepts and writing within BATTS music. Creating soundscapes that take you on a journey with relatable lyrics to help the listener in whatever way needed. BATTS debut album ‘The Grand Tour’ has just been released into the world on April 12th 2019 through THAA Records and is a concept album based around NASA’s 1977 ‘Voyager’ mission.