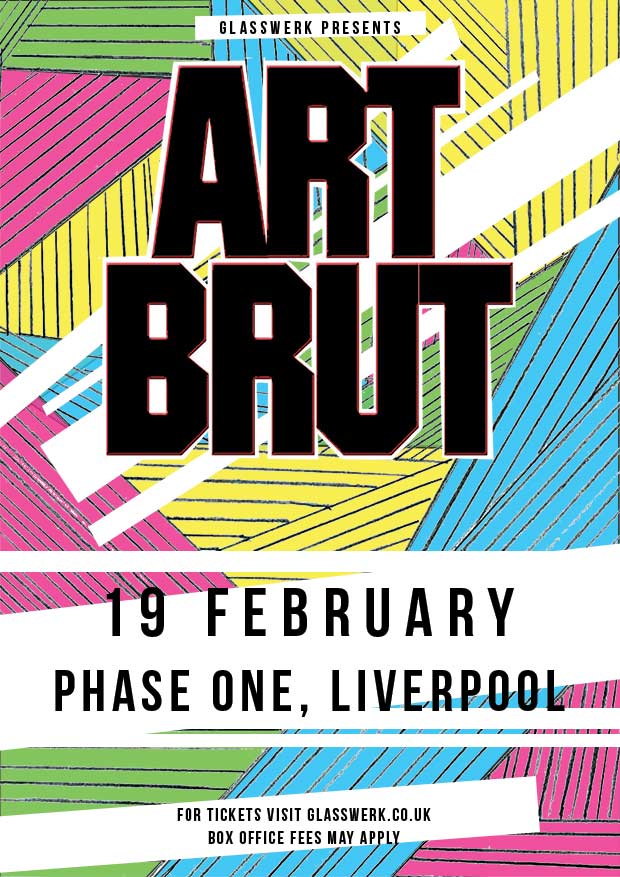 Art Brut was formed in 2003, after Eddie Argos met guitarist Chris Chinchilla at an afterparty hosted by London indie rock band Ciccone in 2002. Argos also invited Ian Catskilkin, whom he knew from the Bournemouth music scene, to join on guitars. They were joined by Freddy Feedback on bass guitar and Mikey Breyer on drums. The band played their first gig in May 2003.

The band recorded Brutlegs later in 2003, produced by Keith Top of the Pops, containing the first versions of ‘Formed a Band’, ‘Modern Art’ and ‘Moving to LA’ and made it available. Angular Recording Corporationput out a compilation featuring ‘Formed a Band’. NME journalist Anthony Thornton heard the song and sent an MP3 to Rough Trade, and the label offered Art Brut a deal to release it as a single.

‘Formed a Band’ was released in the UK, as a single, in May 2004 reaching No. 52 on the UK Singles Chart. Blender described them as the best unsigned band in the UK. During the rest of 2004, they played gigs throughout the UK with The Fades including a first-anniversary gig at the Tate Britain.

Another bootleg EP Brutlegs 04 was recorded featuring ‘Good Weekend’, ‘Bang Bang Rock & Roll’, and an acoustic version of ‘Moving to LA’. A double A-side single of My Little Brother/Modern Art was released in December 2004 on Fierce Panda reaching No. 49 on the UK chart. The album Bang Bang Rock & Roll was released in May 2005 with ‘Emily Kane’ as the first single. The latter missed the UK Top 40 by two sales, yet remains the highest-charting single on Fierce Panda.

Catch them at Phase One in Liverpool on 19th February – TICKETS