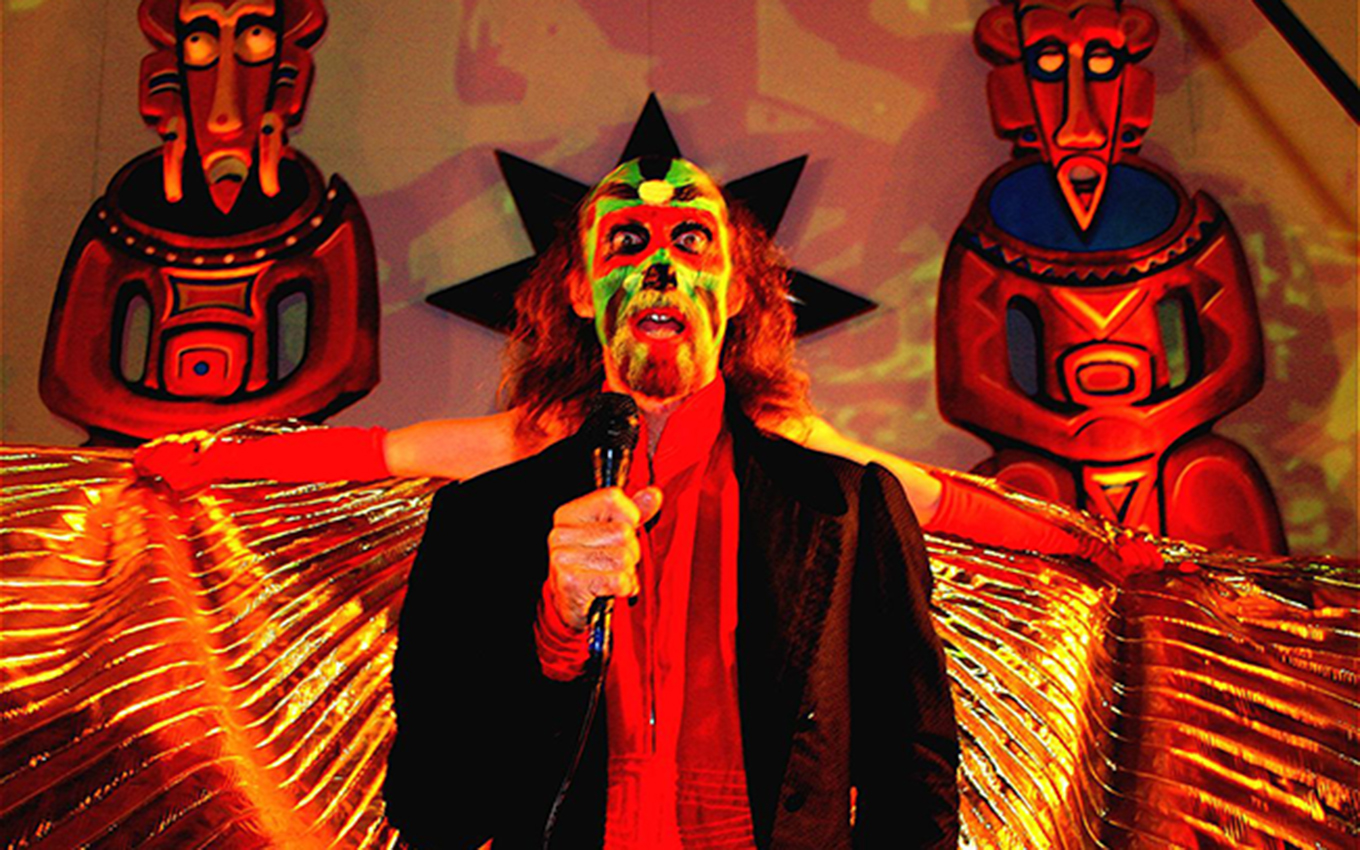 An Evening With Arthur Brown

Glasswerk presents An evening through the life of Arthur Brown, presented in a theatrical format, Arthur Brown will retell the stories of his life, touring and off stage, catch Arthur Brown at the following dates:

The Crazy World of Arthur Brown celebrated 45 years of the massive worldwide hit FIRE in 2013, with a brand new live show including the legendary fire helmet and rock n roll theatricals.

Arthur Brown first came to prominence in swinging London in 1967, after spending some time on the Paris underground scene Arthur was quickly signed to Track Records at the instruction of The Who’s Pete Townshend and released the single Devils Grip, regarded by some as the record that gave the birth of Heavy Metal.

Arthur is best thought of for his 1968 Number one single Fire that still gets regular airplay all over the world and has been covered by the likes of Ozzy Osbourne, Die Krupps, The Prodigy and The Who.

Arthur’s next band Kingdom Come performed as the main act at the first filmed Glastonbury Festival in 1971 and in 1973 Kingdome Come was the first band to release an album using a Drum Machine.

Artists such as Peter Gabriel, Alice Cooper and Bruce Dickenson site Arthur Brown as a major influence on them and in this Arthur’s fifth decade in music the fire is far from out.

Arthur’s most recent album Voices Of Love had major critical acclaim and Arthur received the Classic Rock magazine showman of the year award.

New Album ‘Zim Zam Zim’ is out now following a successful pledge campaign that has shown incredible support for The God Of Hellfire 45 years after the release of his first hit single. Tracks from the album were toured in 2014 across the UK and Europe, alongside demonstrations of a new pioneering technology – a thought control helmet that enable Arthur to create music with the power of his mind!

2015 sees Arthur embark on a unique life story tour ‘An Evening with Arthur Brown’ around the UK, telling tales from his amazing career spanning almost 50 years, as well as European shows and a huge amount of festivals.