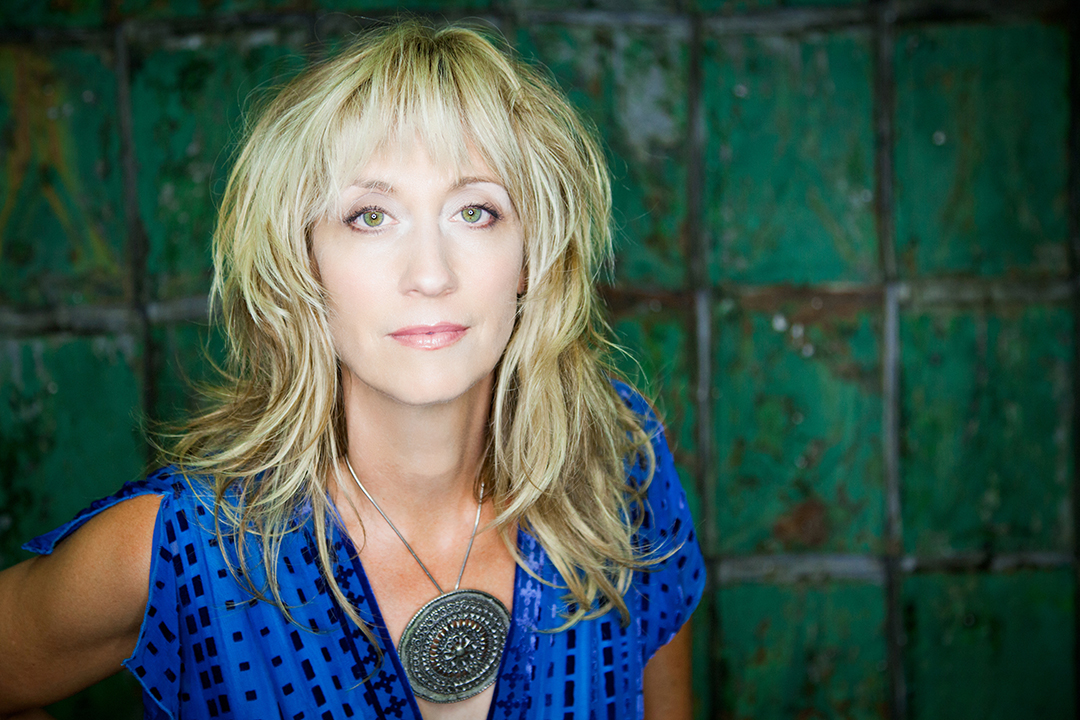 Glasswerk presents politically driven folk songstress Amy Speace. Amy hailing from Nashville has received massive critical acclaim through her career through a spectrum of journalists and fans, praised for her political almost poetic writing. You can catch Amy live in London on the 7th April at Surya, with support Ethan Ash, for more information and tickets click here

“Amy Speace’s songs hang together like a short story collection, united by a common vantage point and common predicaments…it’s a gift to hear a heart so modest even when it’s wide open,” says legendary rock critic Dave Marsh in his liner notes to Amy Speace’s newest collection “How To Sleep In A Stormy Boat” (WindBone/Tone Tree).

Marsh continues, “It is the most daring, confident, ambitious and beautiful album Amy Speace has made since she began recording.” Speace, once an actress with The National Shakespeare Company, has crafted a document to living gracefully with grief that weaves a most unlikely yet beautifully poetic narrative between her very modern lamentings and the characters in Shakespeare’s plays. The New York Times wrote “For those who argue that poetry is a dying genre, I suggest listening to Amy Speace.” The Tennessean writes, “What Speace says – what she sings — she says with a confluence of poetry and honesty, of emotional specificity.” And she was recently featured in NPR’s “All Things Considered.”

Although Amy began her creative career in the theatre, acting with The National Shakespeare Company and various other classical repertory theatres, she long ago left behind the stage to pursue music full time. She was discovered by Judy Collins and signed to Collins’ imprint, Wildflower Records, releasing two critically-acclaimed albums. Judy Collins herself recorded Amy’s song, “The Weight of the World,” calling it “one of the best political folk songs I’ve ever heard.” Along the way, she gained support and praise from such legends as Guy Clark and Nanci Griffith, Ian Hunter and Alejandro Escovedo, an unlikely combination until you hear Amy’s songs. The Houston Press called her “The unconscious cool of Americana,” nodding to the lean poetry of her rootsy folk, an edge possibly learned busking in the subways of NYC, or playing Juliet in parking lot productions of “Romeo & Juliet”. But it’s her voice that catches the audience off guard. A crystal clear voice with an emotional catch and a fluttering vibrato that seems grounded in another era yet somehow speaks to this one. Mary Gauthier says, “There are voices that serve as a bridge from the past to the future and act as soul connectors, and as a people we need them to keep singing. These voices open hearts with this rare, one in a million quality. Amy Speace has such a voice. Just ask the legendarily discerning Judy Collins; she’ll tell you. Amy’s got it, and then some. She is a timeless artist, a time traveller. Part past, part future. And that’s a good thing, a really good thing.“

“For those who argue that poetry is a dying genre, I suggest listening to Amy Speace.” New York Times

“There’s turmoil in the songs on this album – and then there’s a calmness to offset that, to cope with that – that’s the big clue behind the album’s title I guess; that Amy Speace has learned/is learning to cope, and that she has a way forward, a way through. Earnest songwriting and honest songwriting aren’t often actually the same thing. But here I believe her. I believe in her. I believe the songs – and I’m swept up in the performance. Her best album. Until the next album…” Off The Tracks

Judy Collins describes the song “Weight of the World” as “one of the best political folk songs I’ve ever heard.”

And in The Tennessean, Peter Cooper writes, “What Speace says — what she sings — she tries to say with a confluence of poetry and honesty, of emotional specificity.” He goes on to say that her ballad from the new album, “The Sea & the Shore” written with Robbie Hecht and performed with Grammy-nominated John Fullbright, is “a song about attraction, about patience and timing, about want and need and consequence. And it ends in a breakup.”

British singer songwriter Ethan Ash is regarded as a fine guitarist, vocalist and live performer. His music style, acknowledged strong song writing, increasing reputation on the live circuit and many festival appearances has seen his popularity and fan base grow steadily. UK national radio play, including Radio1 and all 40 BBC Radio regional stations, together with international radio play, particularly on Canadian Broadcasting Corporation radio (CBC), has increased his profile both at home and abroad. Recently returned from playing in Canada, Ethan is planning to revisit that country in September for an extensive tour.

One of Ethan’s songs has featured as an iTunes Single of the Week.
October 2015 saw Ethan receive an award for Best Solo Male Artist at a ceremony which recognises talented artists in the East of England.

He released two successful EPs in 2015 and his debut album, ‘The Road Home’, will be released July 2016, preceded by two single releases in the first part of the year. The releases will be supported by radio and press.

“Ash is one of music’s most impressive songwriters and talents: having garnered critical praise and support; he is still ‘under the radar’- deserving of more respect and acclaim.”

“Ethan, with just his guitar for company, grabbed the attention …and bewitched them with his stunning, mesmeric voice, his instantly likable stage mannerisms and those all- important hook-laden songs… he proceeded to deliver what has to go down in history as one of the most impressive debuts (if not gigs) at the venue since the grand opening.”

“The musician played but a handful of songs, as he was billed along other fellow artists that night. Only six tracks which however were enough to prove that Ash really is talented and that he sounds even better live than on record.”