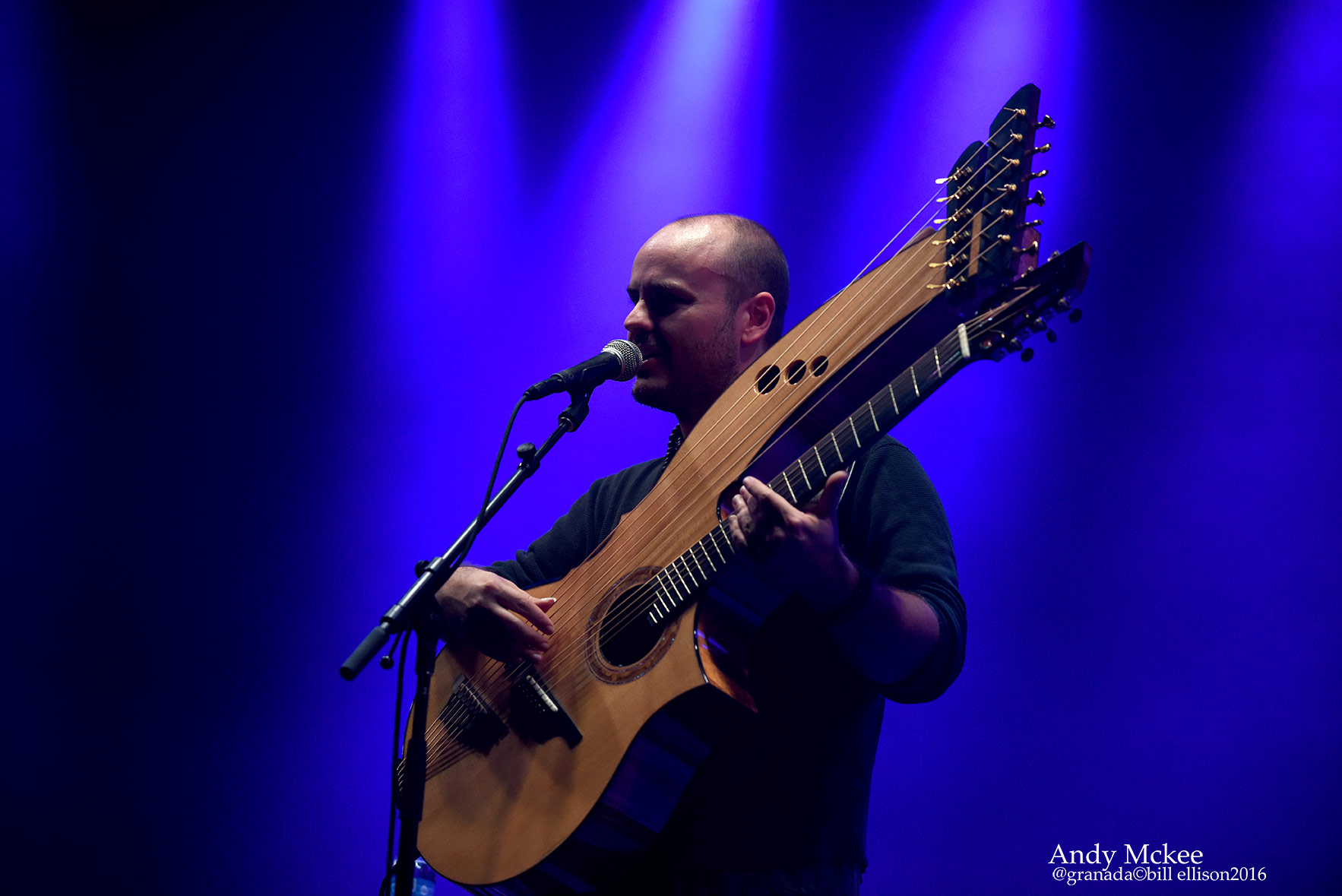 After last years’ success in the UK, the Inventive, hard working and staggeringly talented Andy McKee is heading back over. Known as one of the finest fingerstyle guitarists with his two handed signature technique he will be putting on shows across the UK that you will not want to miss.

Andy is a self-taught musician who grew up studying cassettes and CDs of artists as diverse as Preston Reed, Don Ross, Billy McLaughlin, and Michael Hedges, Eric Johnson, and Dream Theater. Interesting enough, his slap and pop technique is inspired by Earth Wind & Fire’s bassist Verdine White. He also absorbed the sophisticatedly accessible work of 1980s icons like Toto and Tears For Fears. His compositions and imaginative technique are an amalgamated conception of these disparate aesthetics—the chops-y journeys of guitar masters, the irreverent genius of the modern acoustic wizards, and the creative and hooky compositional and arrangement sense of good 1980s pop. Andy writes with rich impressionistic chords that often evoke beautiful country landscapes. He arranges with a keen understanding of dynamics and how songs have to feel transporting to have emotional currency. And he’s been able to confidently apply his concepts to playfully sincere renditions of pop standards such as Tears For Fears “Everybody Wants To Rule The World,” Toto’s “Africa,” and even a refreshingly rustic rendition of “Stairway To Heaven”.
He started his professional career like many musicians as a guitar teacher before his career launching appearance at the venerated National Finger Style Guitar Championships in Winfield, Kansas where he was a top finalist. From that platform he went on to be a recording artist, and sticking close to his indie ideals, he’s managed to sell 50,000 records. He’s also sold thousands of hand-transcribed folio books to those who want to study his music in a more intimate and scholarly way.