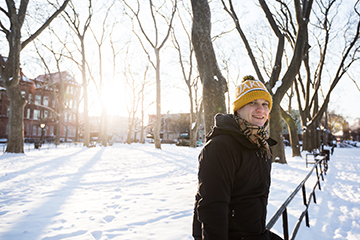 Exciting post-modern lit hop artist MC Lars will be heading to London this October to kick off the UK part of his Awesome Adventure Friendship Tour. The American multi-talented artist is no stranger to live shows and is bound to put on a not to be missed performance on his 2 UK dates.

MC Lars is the creator of post punk laptop rap and lit hop, which he has extended and powered into a fusion of rap, punk, rock, ska, pop, and other genres. He is post-modern — combining his music with powerful and present lyrics, and packing concert venues with raps about everything
from the iGeneration to Guitar Hero to Edgar Allen Poe to Game of Thrones, the Simpsons and Cyberbullying. He speaks to and for people of all ages, lifestyles, and perspectives, and is a story-teller, covering love, life, loss, confusion, and hope. He does so with energy and wit, joined with a strong sense of humour and perspective.

He is an engaging, exciting and compelling performer, and was selected by 12 Street Press as one of the top 7 nerd rock artists to see live. He tours in the US, the UK and the rest of Europe, Australia, and Japan. His latest tour, the fall 2017 MC Lars Awesome Adventure Friendship Tour, opens in Denver in September, and continues through 20 shows in the US, England, and Scotland.